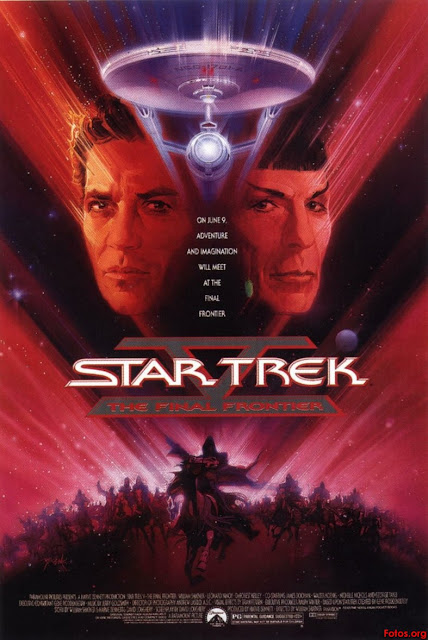 I have never really heard anyone say anything positive about Star Trek V: The Final Frontier, and that's really a sad fact. In many ways, it is one of the most significant of all the Star Trek installations. Whereas Star Trek II: The Wrath of Khan featured one of the best film villains of all time, Star Trek V: The Final Frontier delves deeper into the character of the various members of the original crew than any movie until J.J. Abrams' Star Trek came out some twenty or so years later. I think one of the best moments in Star Trek history is when we find out about Dr. Bones's back story regarding the death of his father. And who could devise a better line than, "What does God need with a star ship?" When I originally loved this film and nobody else did, I thought it had something to do with the fact that I just love campy, bad movies. Now I know that it's a straight-up fantastic movie. That's what happens when you believe in yourself and trust your instincts.
Posted by Unknown at 12:00 PM