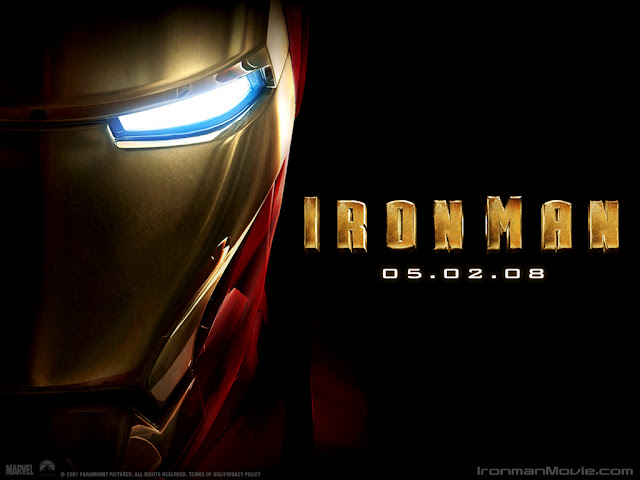 As many of you know, the 2008 film Iron Man was the first movie that Marvel Studios created independently. As Nick Fury would say after the credits, "You've become a part of a bigger universe." For all intents and purposes that universe is now called the Marvel Cinematic Universe, and as of the publication of this blog it ties together the films Iron Man (2008), The Incredible Hulk (2008), Iron Man 2 (2010), Thor (2011), and Captain America: The First Avenger (2011).

Since all of these films exist within the same universe, the various creators have included Easter Eggs, sometimes small, sometimes significant, that point from one film to another. It is my goal to seek out each and every one of these little clues. As of right now, the blog column titled "Easter Egg Hunt" is only dedicated to films in the Marvel Cinematic Universe, but I imagine there might be a time in the future when this is expanded. For example, there were rumors that the 2011 film Green Lantern was to be the first film in a similar DC Cinematic Universe, one that would later give rise to a Justice League film in much the same way that the Marvel films have been leading toward a Avengers film. Until I get some pretty good confirmation, however, I'm going to stick to the Marvel Cinematic Universe.

The following is a discussion of characters and future films that have been hinted at in the 2008 film Iron Man. 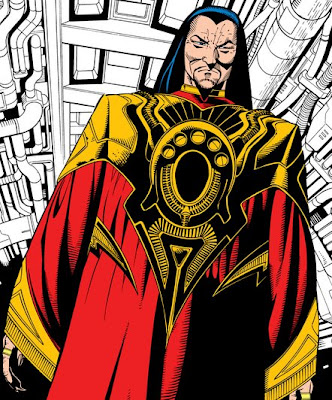 Mandarin is usually understood as the quintessential arch-enemy to Iron Man. Professor Xavier has Magneto. The Fantastic Four have Doctor Doom. Iron Man has Mandarin. Sure, Crimson Dynamo, The Titanium Man and Ultimo pack one heck of a punch, but Mandarin is the most common enemy you're likely to find at the top of any Top Iron Man villains list. For the CG animated television series Iron Man: Armored Adventures, Mandarin is the puppet master behind all of young Tony Stark's problems in the first season.

The classic understanding of Iron Man comics sees Mandarin as a wealthy man in pre-revolutionary China. While exploring a no-man's-land called "The Valley of Spirits," he discovers a downed starship once piloted by a dragon-like alien from Maklu IV named Axonn-Karr (now deceased) with a payload of ten rings of power. In a lot of ways, Mandarin's origin in Marvel comics relates to Hal Jordan's induction into the Green Lantern Corps after the death of Abin Sur in DC comics. In various stories and media appearances, Mandarin has been adapted and modernized, but this is the generic mold of Mandarin that originated in the Tales of Suspense days of Marvel in the 1960s.

In interviews, Jon Favreau explained that he wanted Mandarin to be the main villain in his first Iron Man film, but felt like it wouldn't work. He explained this fact by comparison to the original Star Wars trilogy. The main villain of that trilogy is Emperor Palpatine, but you can't introduce him as the main villain in Episode IV, "A New Hope." That's what Darth Vader is for. You make him the enemy for a couple of installations before revealing that Emperor Palpatine was behind it all in Return of the Jedi. According to this understanding, Raza, the leader of the terrorist cell is the Darth Vader of the first Iron Man film, but Mandarin is behind it all.

There are quite a few clues that point to Mandarin's appearance behind the scenes of Iron Man and tease his possible appearance in future Iron Man films, potentially even in the 2013 film Iron Man 3 if new director Shane Black carries out Favreau's dream. The name of the terrorist organization that Raza represents is Ten Rings, which is a clear shout-out to the ten rings Mandarin found in the alien spacecraft in the original comics. Their banner is shown after Tony Stark is captured, while the terrorists are attempting to reverse engineer Tony's Iron Man suit, when Obadiah Stane appears in the terrorist camp, on the communication Pepper discovers between Raza and Stane, and finally in the closing credits.

Raza, the Darth Vader of this film, is seen wearing a ring. Some people on the internet have pointed to the fact that Obadiah Stane is wearing a ring as reason to believe that he has one of the ten. But everyone in power in this film, Raza and Stane, but also Tony Stark and James Rhodes, wear rings. It is hard to believe that they are all members of the Ten Rings terrorist sect. Furthermore, in a speech to Tony Stark he references the success of Genghis Khan in conquering Asia. This is significant because Mandarin is understood to be a descendent of Genghis Khan. (Of course, I've heard that some insane percentage of the entire population of East Asia is descended from Genghis Khan, so that might not be as much of a distinction as we believed in the 60s.) Raza is killed by Obadiah Stane before the conclusion of the film. Is this the end of the Ten Rings terrorist sect, or have we yet to meet the true leader? Considering Yinsen's testimony that the members of this cult speak Arabic, Urdu, Parshto, Mongolian, Farsi, Russian, and Hungarian, and yet the members we see are Afghani, I think there might be more to this whole Ten Rings group. I think a Mandarin story may just be in the works.