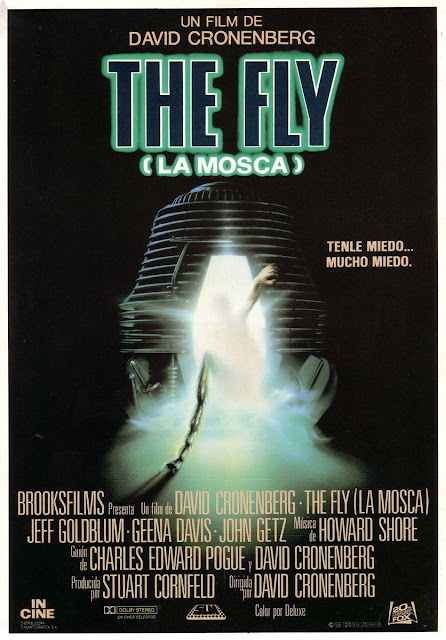 I just looked up Brundlefly on Wikipedia. I found out that it can mean one of three things:

1. Brundlefly - the name that Seth Brundle (Jeff Goldblum) gives to himself in The Fly (1986 film)

2. Brundlefly (band) - a Canadian alternative rock band (NOTE: I cannot imagine a world in which this band was not inspired by watching the 1986 film The Fly.)

Perhaps next time I'll research the influence of the term "Mogwai," which originated in the 1984 film Gremlins.
Posted by Unknown at 7:37 PM