Today, we are featuring two of the biggest badasses of Marvel and DC comics, both fairly immortal and incredibly iconoclastic, both savage fighters. I'm talking about Marvel's Wolverine and DC's Lobo. I've never seen anyone, prior to SDCC 2011, with a convincing Lobo or Wolverine costume. Also, didn't they battle one another in the DC vs Marvel crossover (Marvel vs DC, on every other issue)? Well, I won't blabber anymore. Here are the pictures. 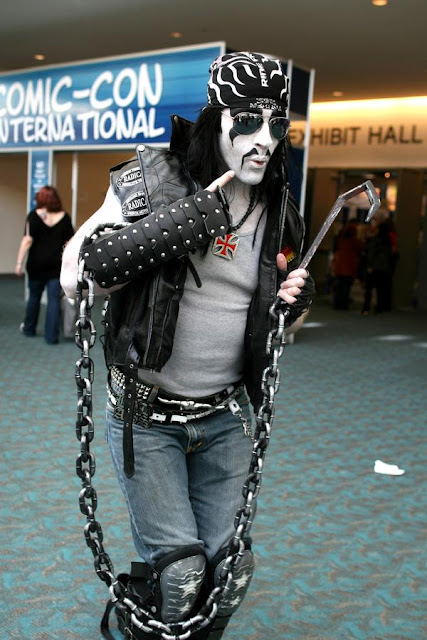 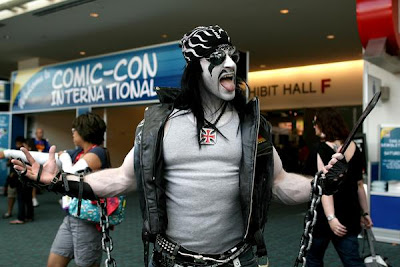 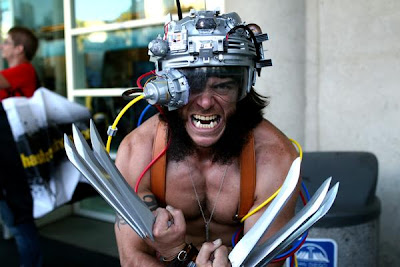 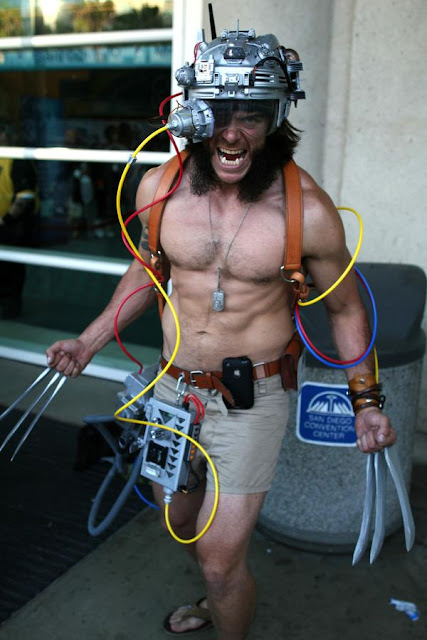