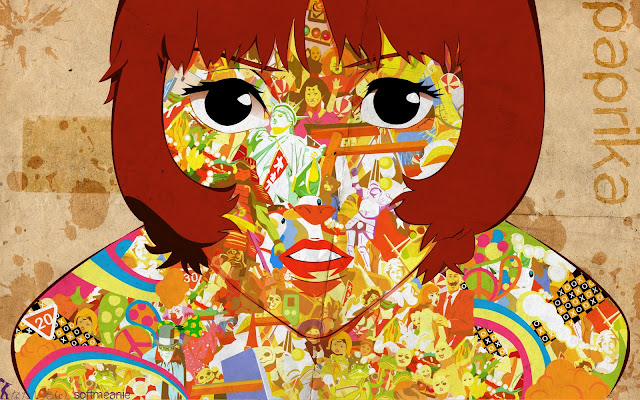 My girlfriend and her close group of friends have a very strange way of making plans. One of them makes a promise. Before I ever met Amy, she promised her good friends that she would make carne asada for them, for example. Following such a promise, the group will bug the individual who made a promise - in this case, Amy - to follow through. Sometimes they will bug one another for years. Finally, excuses are made and the promise is pushed further and further into the future. We were recently at Amy's friend Matt's house discussing food. I referenced the fact that this would be a perfect time for Amy to make her promised carne asada. In response, the group suggested that it was too expensive or would take too much time, and they have yet to try Amy's carne asada.

For at least a year, I'd heard Amy and her friend Jordan bug one another about promises to watch the movies A Tree of Palme and Paprika together. The two used to watch anime together on a regular basis, but hadn't for some time now, potentially due to my incursion into their lives. In order to rectify this situation, I suggested that we start having a weekly Anime Night. Since then, we've watched some interesting films such as Ghost in the Shell, Sword of the Stranger, Summer Wars, Ninja Scroll, and Rahxephon: The Motion Picture and we've started watching the two series titled Gungrave and The Last Exile. Paprika stands out as the strongest of these films. What I thought was going to be some stylistic take on There's Something About Mary where unnaturally shy and neurotic boys attempt to converse with a strong, attractive, incredibly un-Japanese woman, turned out to be a really interesting and occasionally dark take on the psychology of dreams. There were hints of David Lynch and Christopher Nolan.

It took me a couple of weeks to get back into watching anime. Your average anime has a different take on storytelling from your average American live-action or animated film, and I needed to become acclimated to the difference in storytelling. I can't say that I'm completely immersed in the art of anime just yet, but Paprika was certainly a step in the right direction. It comes highly recommended from me. That's for sure.
Posted by Unknown at 10:51 AM