There are three preliminary things that I wish to talk about before getting into the meat and potatoes discussion of this episode. First, I think that instead of "I Wish I Was the Moon" they should have named this episode "Coitus Interruptus." As Amy guessed, the episode begins with Bill walking in on Sookie and Eric just before they would have committed to having sex. It ends with Eric and Sookie finally doing it. Everything in between is what we would call coitus interruptus, the interruption of sex. Second, Amy was looking up some facts about Carrie Preston, the actress who plays Arlene Fowler. It turns out that she played Benjamin Linus's (played by Michael Emerson) mother on LOST. She is also married to Michael Emerson in real life. So, for every time that I heard about Terry O'Quinn or Jorge Garcia getting invited over to have dinner with Emerson and his wife, this is the woman they were talking about. Small world. Third, I have a whole lot of trouble with cheating and all, but it is difficult for me not to admit that Jessica and Jason are incredibly cute together.

There have been a lot of rumors in my head about who or what the source of little Mikey's magical powers is, and there's a decent chance that they've just been cleared up. After Arlene and Terry's house is burned down and the baby finds himself outside before anyone else, we see, through the baby's eyes, a ghostly persona much like the first time we saw the Spanish woman who has been possessing Marne. It would appear that a black woman has been possessing Mikey/the doll and causing all of this drama. We know that there's some witchcraft in Lafayette's blood and that his family has been in Bon Temps for some time. Is it possible that this is the witch ghost of one of his relatives? 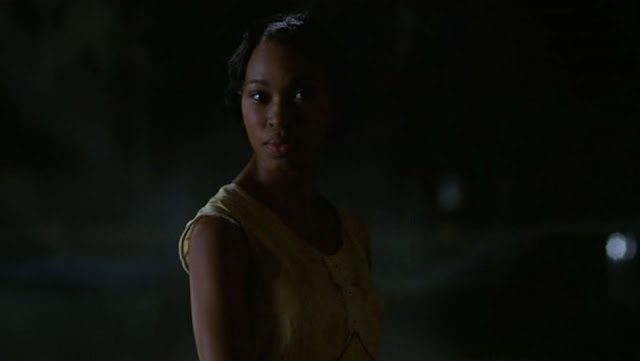 We saw this coming, didn't we? Tommy, after killing his mother and fellow shifter, is now a skinwalker. His first act as a skinwalker is to turn into his brother Sam and royally screw up his life. Was it just me, or when Tommy was trying out Sam's body did it remind you of Bill and Ted's Bogus Journey when Bill and Ted come back from the dead to possess their own parents? 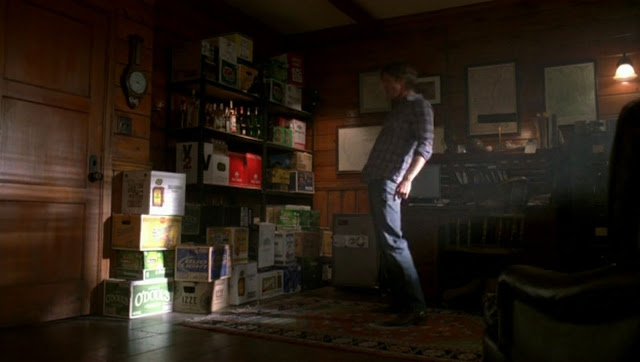 I can just about hear the Final Fantasy boss battle music in my head. It appears that Marne is now, more or less, permanently possessed by the Spanish witch responsible for one of the most heinous massacres in vampire history. Not only that, but she has control of one of Bill's oldest and strongest sheriffs, she is free from her cage, and she is currently directly beneath King Bill's estate. Bill's choice of releasing Eric might be the town's only hope for survival should Marne besiege the vampires. And Sookie's blood could prove the only hope for survival should Marne raise all the vampires of Bon Temps to meet their final death by sunlight. 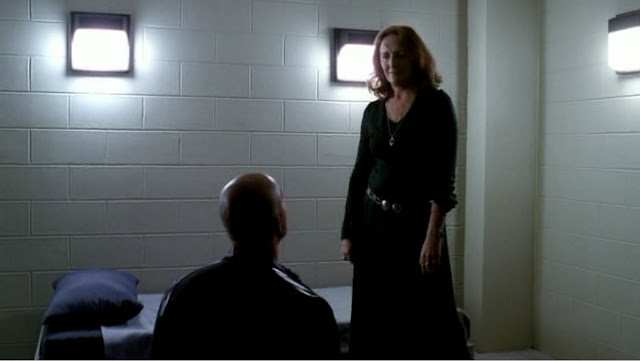 Tonight is the night where we find out whether or not Jason is going to become a were-panther. When Sookie encounters Alcide and his bitch (no, seriously, that's what they're called!) in the woods, they explain to Sookie that one cannot be turned into a were-wolf or were-panther. It is hereditary, not a virus. Now, I enjoy pointing out that many rules are made in order that they can be broken in the future, and the folklore of Hot Shot seems to attest to a belief that at the origin of the were-panthers someone was turned, but Jason doesn't turn into a were-panther. Is it over? I don't know. I do know that the women are likely to be pissed off at the fact that Jason did not turn. He may have polluted the entire genetic map of were-panthers in Hot Shot. And furthermore, there was that old tale of how they were planning on eating him. Jason may not be a were-panther, but his were-panther drama is certainly far from over. 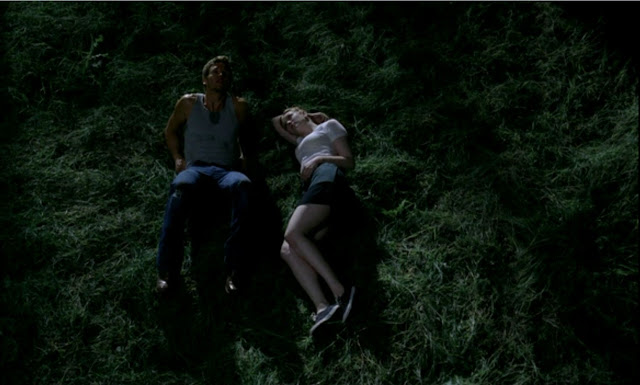 Lafayette is possessed by someone who calls himself Tio Luca. If I'm not mistaken (and I quite often am when it comes to Spanish, considering I've never taken a day of Spanish in my life) Tio Luca means Uncle Luca. We've only met Jesus's mother and grandfather, and some pregnant woman named Maria. Are we to believe that Jesus has an uncle who was once a witch but who is now deceased? Tio Luca seems concerned with positive life-giving magic as witnessed by his healing spell. Is this just a red herring so we will be unaware when Lafayette/Tio Luca goes bad? Did Tio Luca possess Lafayette because he's more powerful than Jesus or because Lafayette's soul is lighter than Jesus's? Some good questions for reflection. 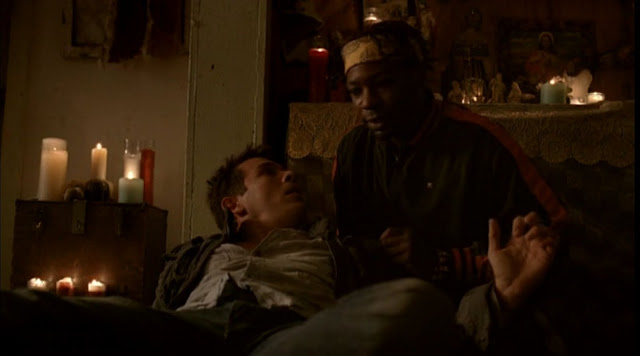 See you next week!
Posted by Unknown at 2:03 PM