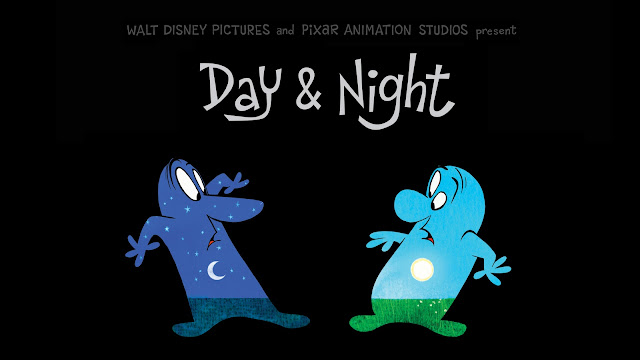 Traditionally, I have had little room for Pixar's animated shorts in my list of favorite films, but Day & Night, the animated short that premiered in front of Toy Story 3 was probably my favorite part of going to the movie theater that day. (I could also make an argument for the ending of Toy Story 3, but I didn't really think that the film itself compared to the power of Day & Night.) It seems that 2010 was the first year in some time that made me interested in such Academy Award categories as Best Documentary Feature (Exit Through the Gift Shop, which incidentally did not even win) and Short Film (Animated) (Day & Night, which also did not get the award). Perhaps 2011 can bring more interesting documentaries and animated short films, and perhaps I'll be happier with the Academy's choice of winners... It could happen, right?
Posted by Unknown at 8:18 PM