2nd Annual And the Nominees Should Have Been...

My ten favorite films of 2010 in alphabetical order. 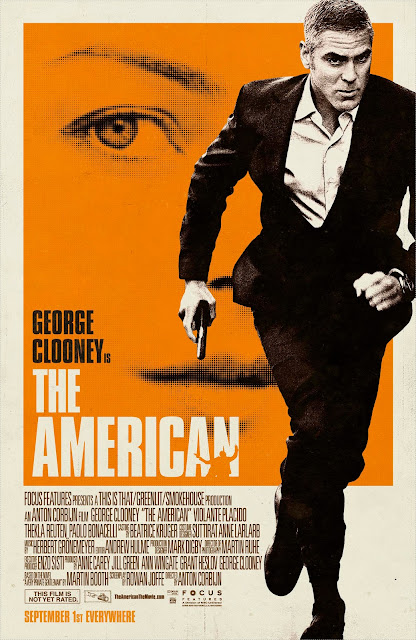 George Clooney's contemplative film regarding the minutia and loneliness of a spy's life is easily one of the most tragically overlooked movies of the year. Blogger Josh Toulouse agreed that The American was overlooked, but prefers the 2005 Ralph Fiennes film The Constant Gardener. I thought The American was much better than The Constant Gardener and I thought Clooney sold his character better than Fiennes. Whenever something is overlooked at the Oscars I tend to blame it on the fact that they let Michael Bay vote. It is no different in the case of The American. 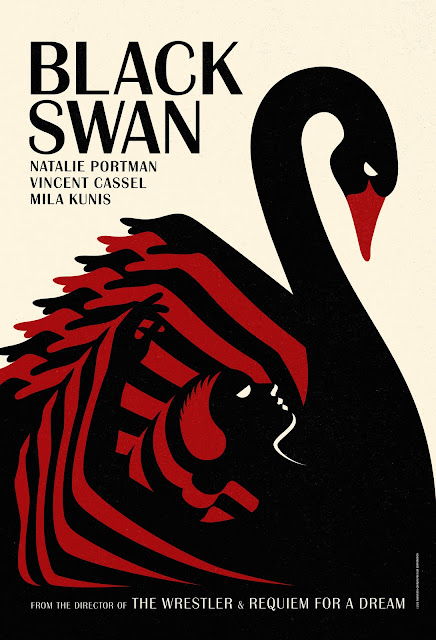 When reviews started coming out accusing Black Swan of being horrible, sad and campy, I was outraged. Natalie Portman's emotionally complex role required the true acting grit of a female Hamlet (and I'm not talking about Mel Gibson). Black Swan was one of the most simple and straight forward films that Darren Aronovsky has ever released but also one of the best delivered films he's ever done, making it both accessible and brilliant. The Academy did the right thing in nominating Black Swan. Letting The King's Speech win the Oscar, however, was not so great of a choice.

3. Exit Through the Gift Shop 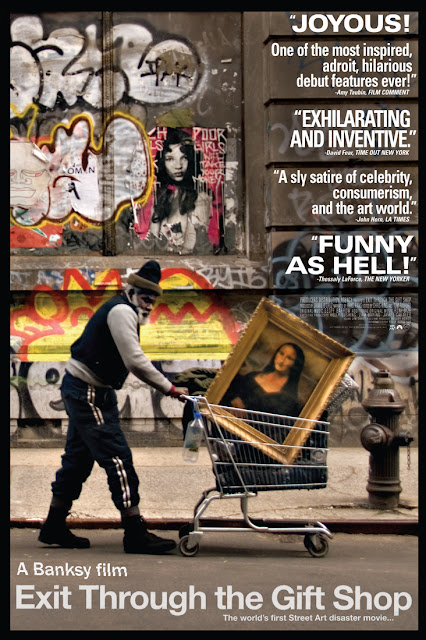 When Justin Timberlake proclaimed himself to be Banksy at the Academy Awards, I thought, "Hey, maybe!" When Exit Through the Gift Shop lost Best Documentary Feature to Inside Job, I let out a resounding, Will Smith-esque, "Hell no!" I've had a problem with the idea of a documentary feature for some time now, mainly because every documentary I've seen in the last couple of years has about forty minutes tops of interesting footage and argument to it. Not only is Exit Through the Gift Shop the first film I've seen in years that justifies a run time of 87 minutes, it is possibly the best documentary I've ever seen. 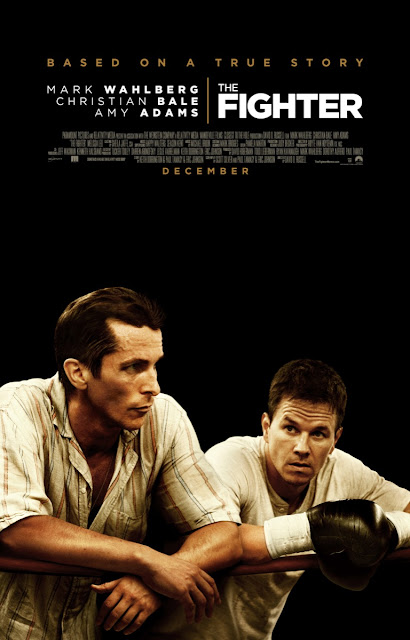 On the one hand, I had a whole lot of difficulty with the pacing of The Fighter. On the other hand, I cannot remember a time when I've felt such a variety of intense emotions, from humor to love to sadness to anger. There were several times when I just felt deeply hurt, like someone had committed a great injustice to my kin. Though Christian Bale and Melissa Leo are in the spotlight, its very likely that Mark Wahlberg is my current man of the year. Bale mentioned that none of this was possible without Mark, and I can't help but love his knack for finding such genuinely human stories about the rise and fall of a human and the importance and difficulties of family. I can't help but to think that in watching The Fighter I am capable of seeing directly into Wahlberg's heart. And I like what I see. 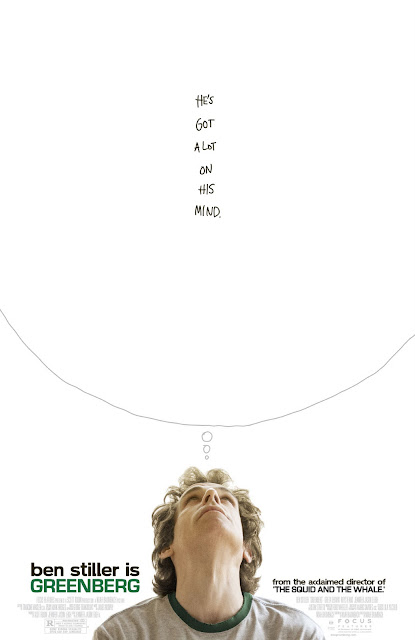 Though I wish to give Greenberg the Moon award for being the most under-watched and under-appreciated film of 2010 I have to do so with two caveats. First of all, Moon was my choice for best film of 2009, whereas Greenberg is probably my favorite Indie film of 2010. Second of all, I admit that there is a small margin of error in my objectivity, because Greenberg is the first movie I saw with the love of my life, Amy Bolan. 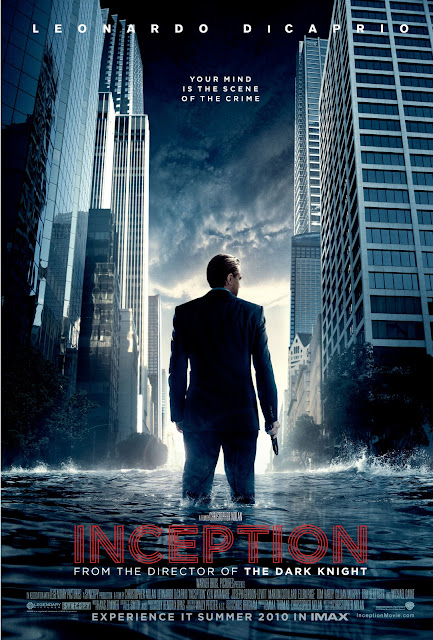 I think a lot of people were making bets early on that Shutter Island was going to be the big buzz of 2010 even though it came out so early. While the film was interesting, I don't know that it packed the punch that viewers thought it would. Luckily, our good friend Leonardo DiCaprio, who I have determined is our generation's Jack Nicholson, had a second chance at wowing us in 2010. Inception was fantastic. In a world where special effects will forever be in the shadow of James Cameron's Avatar, Inception's infamous anti-gravity room scene proved that old-fashioned mechanics are still an option. With talks of a sequel to Dark Crystal in the works, I hope that Inception is a sign of the return of puppets and rotating rooms in a CG-heavy industry. 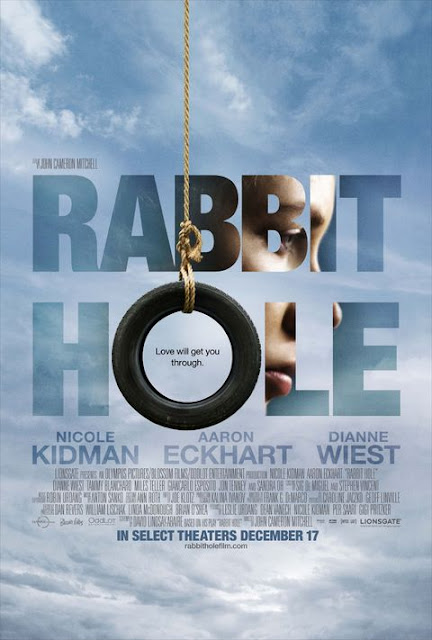 Rabbit Hole was just a fantastic human drama with great performances from Nicole Kidman and Aaron Eckhart. The characters and situation were incredibly realistic. Becca's difficulty in imagining why God would have to kill children in order to make more angels reminded me of my own feelings of anger when church friends offered all-too-easy responses to my mom's struggle with breast cancer. I once imagined that Kidman was an egotistical actress only concerned with getting the Oscar, but in a film like Rabbit Hole it seems that she really just cares for the character. It wasn't big. It wasn't earth shattering. It was just a fantastic film that does what films have been doing for years, only it does it well. 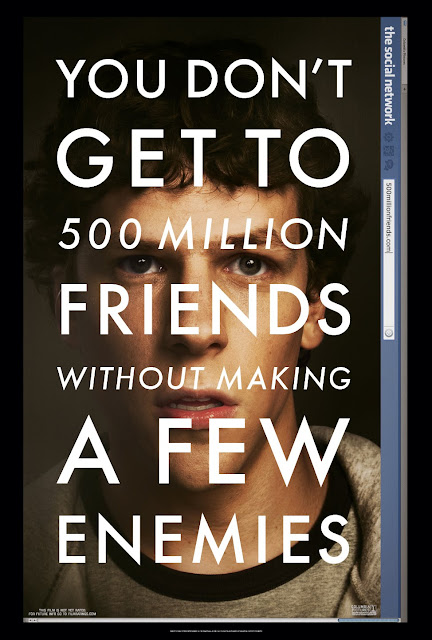 It seems impossible that someone could make a good movie about Facebook. Lucky for us, the film industry does the impossible on a yearly, even quarterly basis. Aside from some pacing problems near the end, The Social Network was easily one of the best films I've seen in the last few years. They had the perfect crew: Fight Club director David Fincher, and West Wing writer Aaron Sorkin, with Jesse Eisenberg expertly playing Facebook founder Mark Zuckerberg (who may or may not have Asbergers) and Justin Timberlake as egotistical sleazeball Napster founder Sean Parker. If he keeps this up, Timberlake is bound to get himself an E.G.O.T. 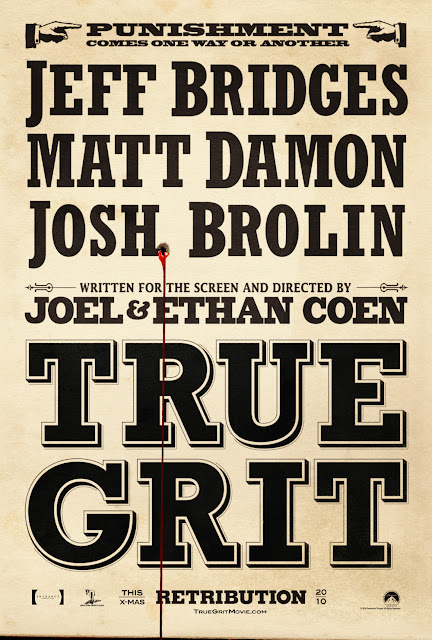 Sometimes I don't feel like it is fair to compare True Grit with the other movies that came out in 2010. When I think of it, I don't think of it alongside Black Swan and The Social Network. I think of it alongside One Flew Over the Cuckoo's Nest and Godfather. True Grit is an instant classic, one of those movies that forces publishing companies to update their books on greatest films. Even though I don't know that it compares with the films of 2010, I think that its exalted status certainly places it above The King's Speech as the most deserving of the Best Picture academy award. 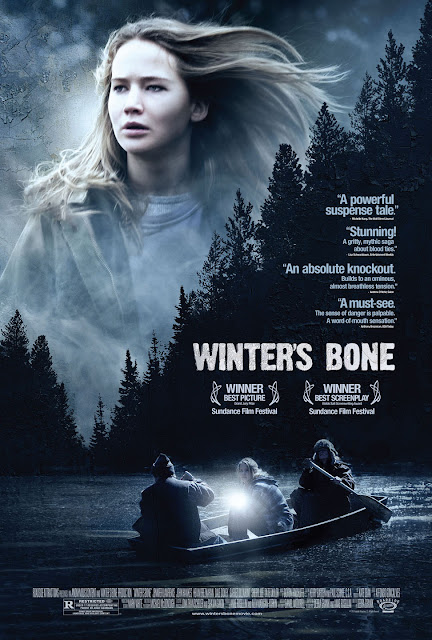 There's not much more that I can say other than that the academy chose well in selecting Winter's Bone as one of the ten contenders for Best Picture. I suppose I'll just leave it at that.
Posted by Unknown at 5:56 PM