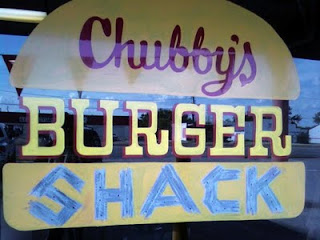 Chubby's Burger Shack is in a gloomy part of Fort Worth surrounded by auto repair shops and 99 cent stores. The building is easy to miss. When you pull in it is never clear whether you're going to get a lube job or a fantastic meal. Chubby's is one of the many great restaurants in Fort Worth that is hidden in plain sight in a neighborhood you wouldn't expect to have anything more than an Applebees or a Chili's.

Chubby's projects the atmosphere of a small-town saloon. The people sitting at the bar all seem to know one another, a Texas variation on Cheers. After having a great meal, customers can ring a cowbell on the way out, an action that invokes a cheer from everyone else inside. 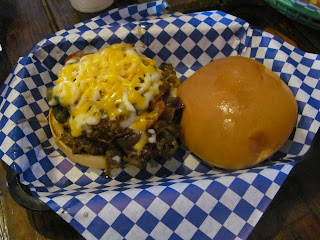 The menu has a bunch of choices, but I've never been able to see past the Big Nasty, a half-pound burger with chili, bacon, grilled jalapenos, onions, Monterrey jack and cheddar cheese. The Big Nasty is easily one of the best burgers in Fort Worth, and certainly the biggest of the best. The toppings compliment well the flavorful beef, and combined with a side of french fries or onion rings (both are really tasty) the Big Nasty is one heck of a meal.

Having recently become concerned with my health, I can tell you that Chubby's lives up to its name. My pants never quite fit right the day after I've eaten a Big Nasty. You should definitely check out Chubby's, but you probably shouldn't make it a habit. Chubby's goes well with a rigorous exercise regime.