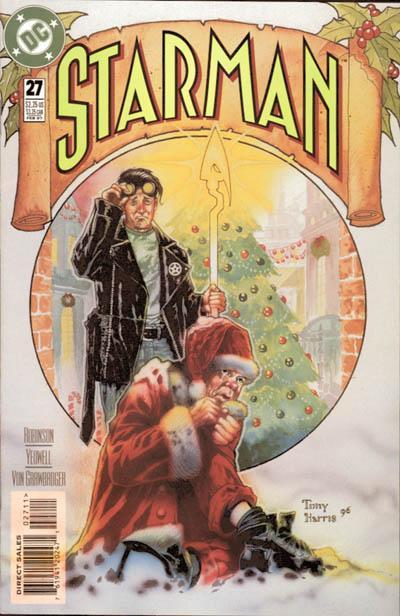 "Christmas Knight" was the first Starman storyline to break me down emotionally. It begins with a series of reference to Charles Dickens' A Christmas Carol, which, at first, seems clever for the sake of being clever. By the time the story has concluded, however, these references serve as a frame in which "Christmas Knight" can be viewed as another A Christmas Carol. Where Dickens' masterpiece aims to make readers aware of the unjust consequences of the British Poor Law, James Robinson's "Christmas Knight" speaks to the tragedy of poor and homeless veterans littering the streets who are not cared for by the nation they protected in their years of service. "Christmas Knight" helps me understand why Starman is such a beloved comic book. While it is not Christmas time, this story says that justice and mercy belong to all seasons.
Posted by Unknown at 4:41 PM