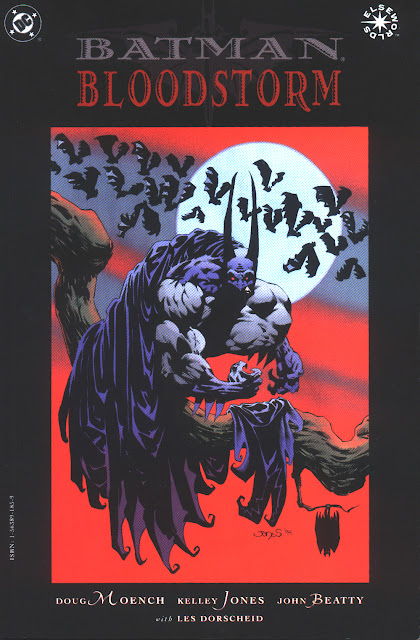 Every Batman needs a Joker, and the vampire Batman of Bloodstorm is no exception. Scattered and destroyed in the wake of Batman's battle with Dracula, the vampires are in need of a leader and greater numbers. The Joker commands an army of vampires and proves himself a better villain than even Dracula, the most respected predator in human history. Will he prove himself Batman's better? Probably not, but he gives us one heck of a scare like always.
Posted by Unknown at 6:11 PM