As a follow up to his post titled "DC TV," Josh Toulouse at Fat Train wrote a post titled "Marvel TV" which describes his hopes and dreams for the future of television programs based on Marvel comics characters and stories. In his post, Josh describes his support for Marvel Universe, Spider-man, and his personal favorite idea, Heroes for Hire. I'm behind all of these ideas, and I'd like to raise Josh seven more ideas. 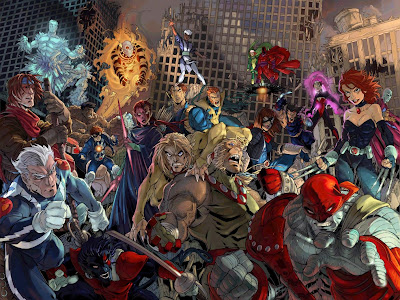 Since True Blood already deals with all of the important issues of civil rights and oppression that the original Uncanny X-Men covered so brilliantly, the point of making an X-Men live action television program has been made moot. The Age of Apocalypse, a storyline from the 1990s in which Legion creates an alternate universe by traveling into the past and accidentally killing Charles Xavier, might still work. As a matter of fact, the cartoon Wolverine and the X-Men would have covered this storyline in its second season if it weren't prematurely canceled. You'd get that post-apocalyptic vibe that Dollhouse was aiming for, potentially some really great flashbacks from the displaced Bishop, and an X-Men storyline that hasn't been done to death. 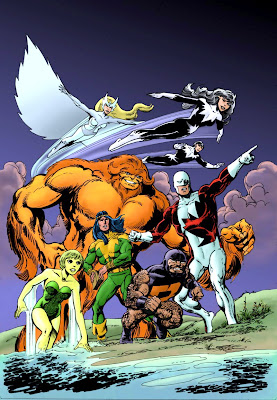 Alpha Flight is a quirky group of individuals with powers resulting from a variety of sources, science, magic, mutation, etc., and here's the kicker: They're not even American. They're Canadian. This is exactly the kind of group that fits into the modus operandi of Joss Whedon. If you think he's a good fit for Avengers, then you should know that he's an even better fit for Alpha Flight, a much odder group of individuals with values that might be different from ours and, heaven forbid, free health care. 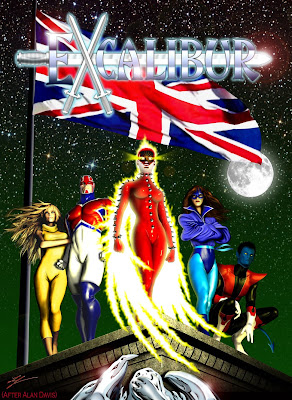 My reasoning for Excalibur is almost exactly the same as my reasoning for Alpha Flight, with a couple of exceptions: 1. Excalibur takes place in Great Britain, 2. Whedon's Buffy the Vampire Slayer was partially inspired by Kitty Pryde, one of the original members of Excalibur, and it could probably be argued that the Buffy's Scooby crew is, in many ways, based on Excalibur, and 3. the benefit of doing Excalibur is that we would be incredibly close to Dr. Moira McTaggert's Muir Island institute which is used for studying and rehabilitating mutants and other super-powered individuals. If I had to choose one of the two, I would choose Excalibur. It involves a couple of the most interesting X-Men and could possibly incorporate some of the brilliant stories from Captain Britain's past (including, possibly, a reference to Alan Moore's groundbreaking Captain Britain story). 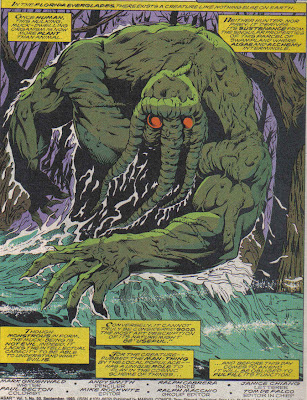 Not to be confused with Swamp Thing, Man-Thing is the man! ...thing. Maybe his name would have to change a little bit, but I think a lot of people could get behind the idea of this monster/hero who guards the Nexus of All Realities (located in the Florida Everglades) from those who would use it for evil purposes. He once was a man, but now much of that humanity is lost. I imagine a Man-Thing series would probably have to be from another individual's perspective in order to make it work, a child perhaps, in a Amblin Entertainment sort of tale of wonder and friendship. With shows like Fringe and movies like Source Code gaining a great deal of support from audiences, the other-world implications of Man-Thing fit into what audiences already find appealing.
MARVEL ZOMBIES 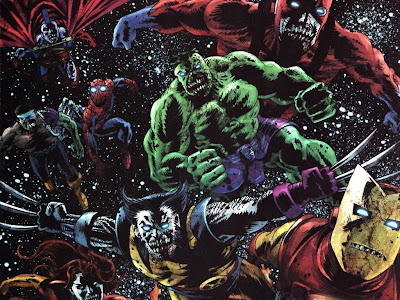 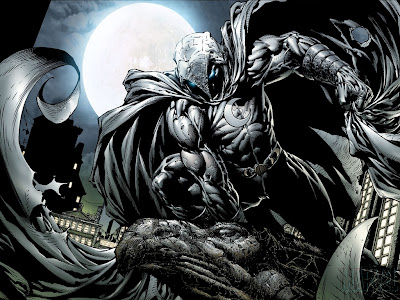 One thing that the Marvel Universe is kind of missing compared to the DC Universe is an army of lesser-known solo characters who could be built up for the sake of a television program. This is why a lot of my ideas are just straight up X-Men spin-offs. Josh's idea for Heroes for Hire with Luke Cage just about spent the really great Marvel solo characters. But there are a couple left, and one of them is Moon Knight. Moon Knight is a messed-up hero with multiple personality disorder who is undermining his heroism almost as much as he is making good on it. Like my suggestion for the Harvey DC television program, I think Moon Knight casts an interesting light on lunacy (luna = moon). Unlike Harvey Dent/Two Face, however, Moon Knight is understood to be a hero. An insane hero.
STARJAMMERS 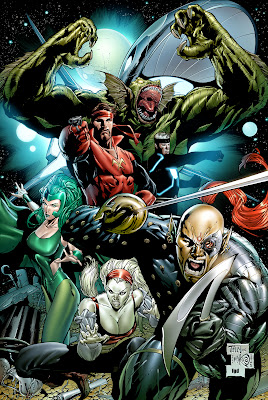 I hope you weren't tired of X-Men spin-offs with a rag tag crew of characters that would be awesome in the hands of Joss Whedon because - check it out - I thought of another one. I actually heard a rumor about a Starjammers TV series a little while back and I thought it would be fantastic. While the Starjammers are, without argument, based on the characters of popular science fiction like Star Wars and Star Trek, they have developed into their own over the years and could make for a really fun and entertaining series. 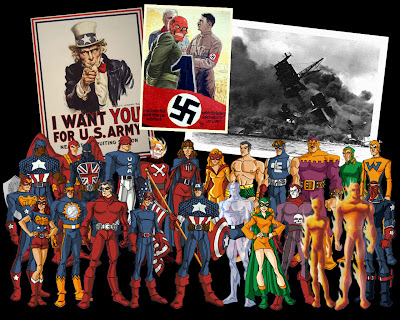 This final piece is where I want to place all of my chips. I'm not talking World War Hulk. I'm talking Marvel's perspective on World War II. While Chad suggested that a similar television program regarding DC's World War II might be interesting, I kind of think that it could be better accomplished in something like a Starman television program, which I think our friend Chad would agree about. But in light of the upcoming film Captain America: The First Avenger, I think that seeing the Marvel Universe during the World War II era could be a really cool television program. Other than Captain America, we could work in Wolverine, a young Magneto, Hydra, and the Red Skull. In Ultimate Comics: Thor, we see Loki besieging Asgard with frost giants wearing Nazi uniforms in the 1940s, so we could certainly see Thor here. Furthermore, in the Ultimate universe, Nick Fury is a predecessor to Captain America because the U.S.A. wanted to test the dangerous super soldier serum on African Americans first before endangering the lives of whites like Steve Rogers. And these are just the Marvel characters we know of now. What about Namor, the original Human Torch, and all of the other pre-X-Men/Fantastic Four/Avengers/Spider-man Marvel characters? I sure as heck would want to see this TV program, and the way I see it, it would be a hard TV show to screw up.
Posted by Unknown at 9:46 PM