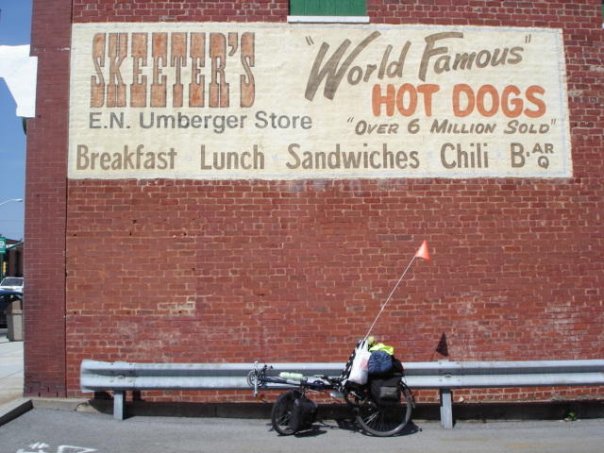 (NOTE: By the time I made it to Skeeter's in Wytheville, Virginia, the 6 in "OVER 6 MILLION SOLD" had been crossed off and replaced with a 9.)

Off the highway in Wytheville, Virginia one finds a series of signs leading to various restaurants. Like most towns, the big chain restaurants have amazing coverage. But there was one restaurant that seemed out of place: Skeeter's World Famous Hot Dogs. I'd never heard of the restaurant, but for some reason I was passionately driven to eat there. The restaurant was several miles from the exit and it took several turns to get there. Normally, my response to this would be: "Never mind. Let's just go to Burger King. I need some more Twilight game pieces." But no! Not this time. I was intrigued by Skeeter's.

What I didn't know was that this Skeeter's is ground zero from which a larger chain had sprung. When we walked inside, my mother started talking about how it reminded me of the inside of her father's Mobile Station when she was a child in the '50s and '60s. 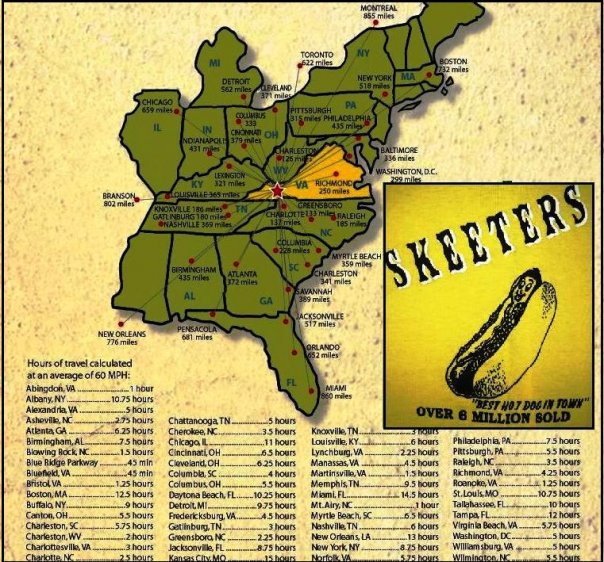 When I first looked at the menu the first thing that stood out was the Slaw Dog, a hot dog with mustard, onion, chili and slaw. Immediately afterward I was taken by The Works, which is basically a Slaw Dog with cheese. Those of you who know me will find this weird. Those of you who don't know me ought to know that I have always detested coleslaw in every form it has ever come at me. The reason I became excited about slaw in this instance can be explained by a defect in the wiring of my brain. I read the word "slaw," but through some crazy psychic game of telephone the word had transformed into "kraut" when it reached my brain. This wouldn't be so strange if it were an isolated incident, but after the fact my good friend Adam attested to this same mix-up in his own thought process.

When I recommend the Slaw Dog and The Works to you as some of the best hot dogs you'll ever consume, you'll understand that it's good enough to overcome my hatred of coleslaw. Slaw, I was told by my brother's girlfriend Kristin, is a different thing in the South, with factions fighting a Civil War over the proper way of making it. ("THE SLAW WILL RISE AGAIN!") It was no longer some concoction of terrible preserved vegetables mixed in a plastic bin with disgusting smelling mayonnaise and sugar. (I used to have to prepare coleslaw when I worked at a Chicken Express in Denton, Texas. One of the worst jobs I've ever performed.) It had become something that added a little bit of twang to a spectacular hot dog. 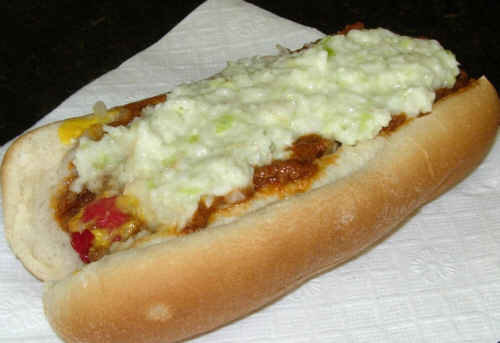