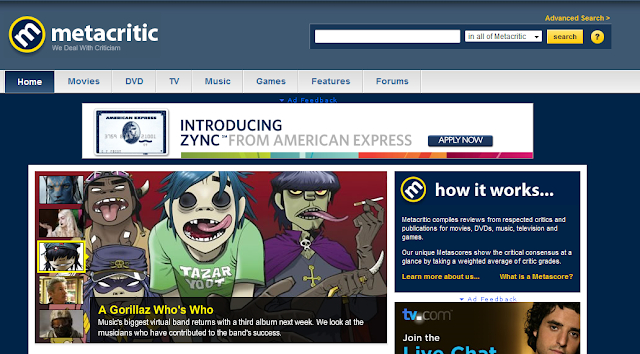 Metacritic is not a review site itself, but a compilation of reviews from various sources combined and weighted by the process of pop culture calculus. Having worked three years in a movie theater, three years in a video store, and a year in New York's Virgin Megastore, I've found Metacritic is the only web site whose rating system is worth anything. It's balanced fairly well between Indie and popular films - there's no obvious slant - and the reviews simply order films from best to worst in a way that I think compares to the actual value of the films. I don't know how well Metacritic rates TV, Music, and Games, but I would imagine that these ratings follow suit.
Posted by Unknown at 10:41 AM