The Masks of Kari Lehtonen

Kari Lehtonen is known for sporting a variety of customized masks in his time as a AHL and NHL goalie. A couple of his more interesting mask themes include a tribute to Heath Ledger as Joker in Dark Knight and a Kill Bill themed original design. 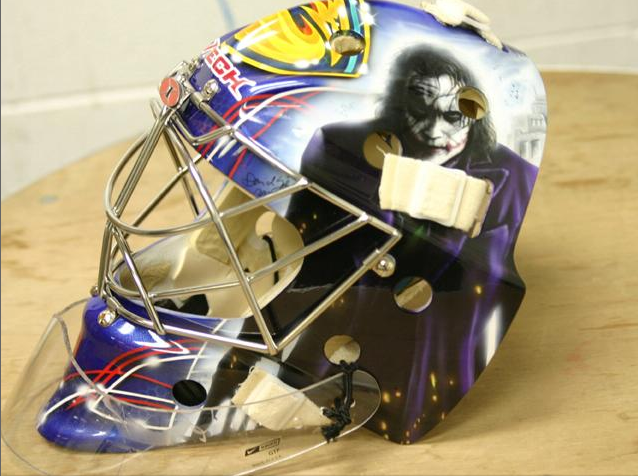 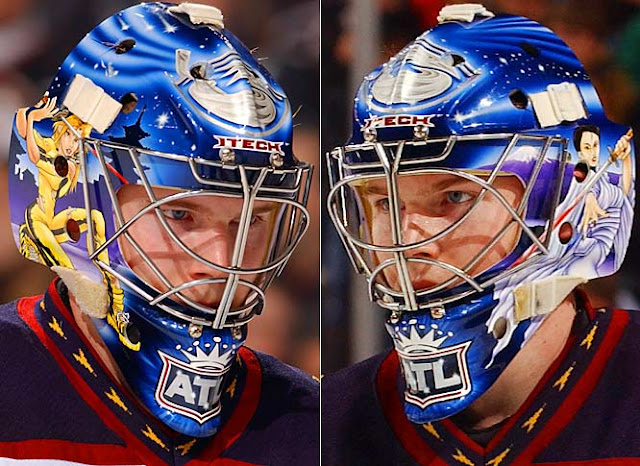 Lehtonen has had pictures of the Hamburglar and rapper Lil Jon featured on his skullcap. Though he's not much of a gamer he had a helmet with art from Final Fantasy X-2 simply because he saw a commercial and thought it looked cool. For pre-game warm-ups he'll occasionally wear a mask depicting Optimus Prime of the Transformers.
On March 4, Lehtonen revealed the design for his current mask tha he will use with the Dallas Stars. Depicted on this mask is Clint Eastwood as Blondie in The Good, The Bad and The Ugly. 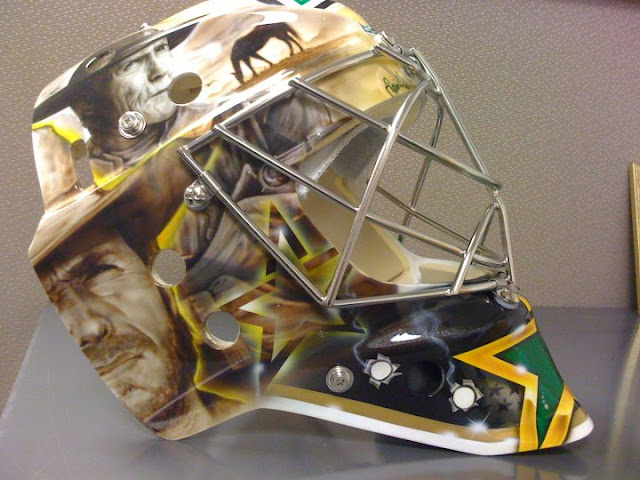