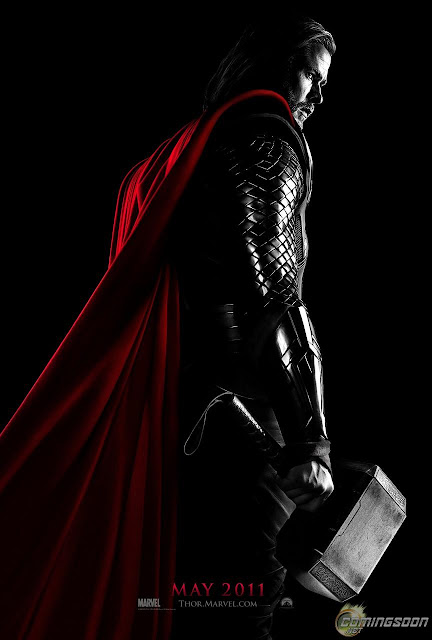 Is it just me, or did all of the trailers for Thor make it look like a waste of time?

Well, it wasn't, plain and simple. It's already easily one of the best films of 2011. A couple of years ago two films, Iron Man and The Dark Knight, forced us to take comic book movies seriously. Since then, however, nothing else has really required the same from us. Until Kenneth Branagh's Thor, that is.

Thor is able to present a straight-up balls-out superhero film while at the same time presenting a deep narrative regarding issues of family, power, magic and science. The film ties into the overarching Avengers narrative without feeling cheap, and stands alone as either the best or the second best of the Marvel Cinematic Universe.

It's also one of my favorite Kenneth Branagh flicks, which really says something.
Posted by Unknown at 12:20 PM