You're probably getting tired of apologies. Well, I am getting a little tired of apologizing. Unfortunately, because True Blood airs on Sunday, I have trouble publishing a Spoiler Alert on time. From Monday through Friday, I see Amy for about an hour each evening, and we don't spend that hour watching True Blood. I watch it on the weekend, but then we have every moment planned out and I don't get to do the write-up until Monday, or in this case Tuesday. It may continue to be a problem for True Blood for the remaining two episodes, but I severely doubt that it will be a problem for Fringe. Fringe airs on Fridays, which means I can watch it the next day and have a post up by Monday. But for now, let's talk about True Blood.

Not only do we know that Sookie's fairy powers are driven by primal emotions - in this episode, love for Bill particularly - but we know that they have the ability to nullify the effects of magic. As a result of Sookie's protectiveness of Bill, not only was Marne's control of Eric nullified, but the erasure of his memories was also nullified. 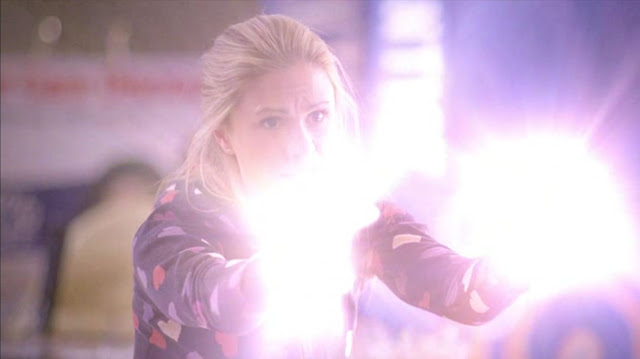 Of course, when Sookie knew that her best friend Tara was under magical lock and key, at the whims of a death by magic or a death by vampire demolition, did she express that emotion and dispel the magical barrier surrounding Moon Goddess Emporium? Nope. She hid behind a car. Think of what could happen if Sookie learned to control her powers. Or if she had concerns in her life other than which boy she wants to sleep with the most...

The really important implication is Sookie's public use of her powers. While the cameras were knocked down and all human witnesses were either killed, glamored or witches, there was one particular vampire who Sookie shouldn't have revealed herself to, Nan Flanagan. If you remember, correctly, she asked about Sookie earlier this season. Now, she sees the girl shooting white energy out of her hands. 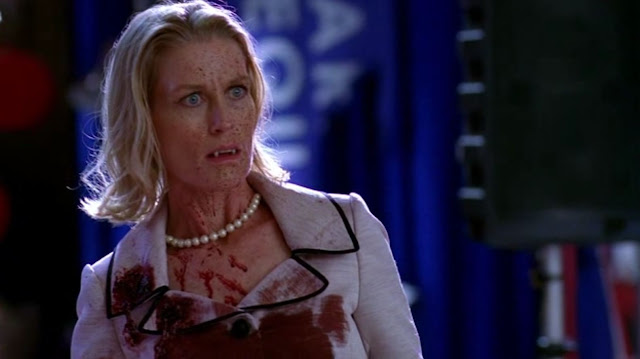 This display of power becomes even more dangerous in light of the fact that Nan and Bill appear to be at odds at the moment. It's only a matter of time before Nan Flanagan knows exactly what Sookie is. Bill's little rebellion might not last long. With Nan's knowledge she can do great harm to Sookie, and considering Bill's concern for the girl Nan may just have Bill under her thumb. But then again, Bill attempted to destroy every vampire who knew of Sookie's power one-by-one at the end of last season. So, maybe Nan should be the one watching her back.

2. Terry and the Tree Fort

When Terry confronted his cousin Andy regarding his addiction to V, Amy felt certain that the ex-soldier was going to drag him all the way to rehab. Instead, they go to a tree house where Terry lived while he was shell-shocked and occasionally drug-addled. The back story of the Bellefleur boys that is revealed here is really interesting. As a matter of fact, it's one of my favorite stories this season. But the big reveal is that Terry is still on anti-psychotics. That, of course, makes me wonder: What happens if Terry goes off his meds for one reason or another? Is Andy being built up so that he can deal with the true danger that would result from Terry getting out of control? It is about time to start setting up for next season, after all... 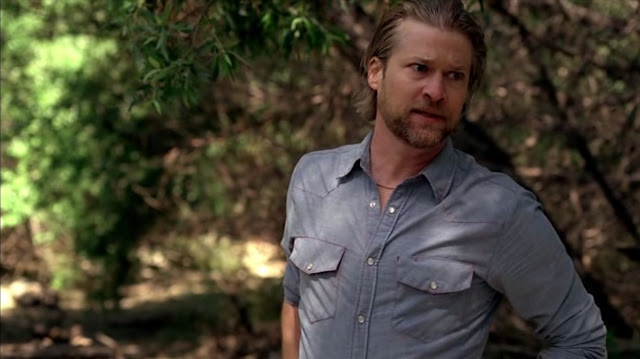 When Antonia believes that Marne has gone too far, the two entities separate. Despite Jesus's intuition, Marne is the one bent on blood whereas Antonia cannot accept the resulting human suffering. While Antonia and Marne are fighting, Antonia revealed that she was a healer before the vampires martyred her. 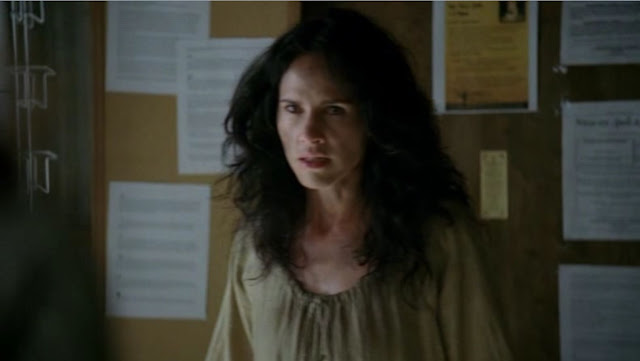 Tio Luca, the spirit that possessed Lafayette in Mexico, was also a healer, and I'm not completely certain that Tio Luca's presence is over. Even though Antonia and Marne achieve what Marne would call "union," I still believe that a separation can take place. First of all, Lafayette is a more powerful medium. Second of all, Tio Luca's spirit can appeal to the healer in Antonia. Third, Jesus is really good at making these appeals into exorcisms and helping the spirit along to the next plane. I think the real question now becomes: After Marne and Antonia are separated, will Marne be incarcerated or murdered?

See you next week!
Posted by Unknown at 8:38 AM