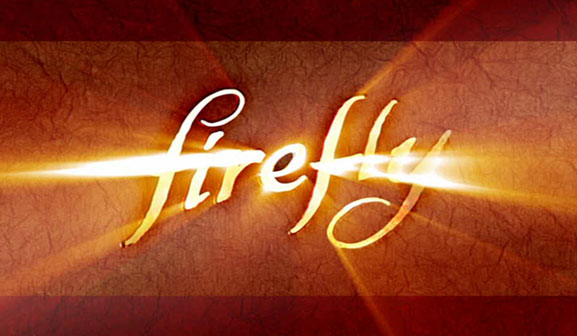 How exactly does one reinvent the Western genre? Through the works of John Wayne and Clint Eastwood, haven't we seen every possible variation on cowboys and Indians, train robberies and defending the innocents against raiders and crooks? We may have seen just that, and all that I can see on the horizon is a series of remakes of these various films. Although 3:10 to Yuma and True Grit were both absolutely fantastic, I have no strong belief that further Western remakes will follow suit.

I think that is where the genius of Firefly lies. Rather than seeing what develops on the undeveloped Western portion of the United States of America, outside of the purview of Washington, New York and Boston, Joss Whedon brings us into space. We get to see what happens on border planets, planets where law is difficult to uphold and where the dominion of the central government is loose. The term "Western" hardly applies, because West is a directional term that doesn't seem to hold well in space. Science fiction or speculative fiction are titles that might hold, but then again, in borderlands nothing really holds for long.

But what value is there in re-inventing or continuing the Western genre? Westerns have traditionally been concerned with basic rights of human beings to freedom, to a place of their own, and the struggle between what is right and wrong regardless of the bullying voice of state, religion and big business. A cowboy speaks not as a partisan or a minion of a particular divinity. People are simple. The greatest values are a horse, some clothing, and some work to help pass the time. In the case of Firefly, however, it's a ship. You can take everything else from the space cowboys of Whedon's epic one-season television program, but you can't take the stars from them.