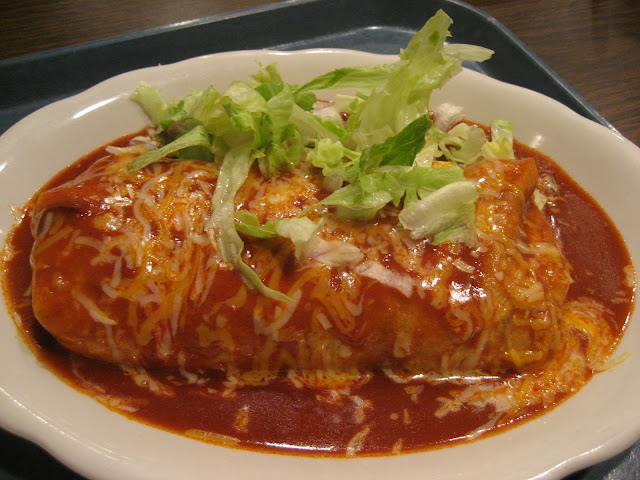 When I was younger, the fanciest place I ever ate with my family was called Beltline Bar. There were always these really cool ads on television with a Mariachi band playing a tune strangely similar to Johnny Cash's "Ring of Fire," and with the lyrics, "The Beltline Bar, famous Mexican Cafe. It's the great taste of Mexico right in your neighborhood." I remember that it felt like an adult place to eat. Unlike McDonald's or Burger King or Big Boy, there was a dark atmosphere, and people would get loud and fill the room with laughter. It was one of the first places I remember going to where almost everyone was drinking beer. It was almost like a bar. And, like Eastbrook Lanes, there was a claw machine for me to spend too many of my parents quarters on. ("Why don't you just save up your money and buy a stuffed animal?" they'd ask me. "It would be cheaper in the long run." My thoughts on the subject were somewhere akin to "Parents just don't understand.") But the main reason that anyone went to the Beltline Bar was for their famous Wet Burrito.

As a youth, I didn't think I'd ever leave my home town of Grand Rapids, Michigan, but surely enough I moved to Ohio, New York and Texas. Sometimes I'd stay in a state for only a year (Ohio, New York). Sometimes for upwards of three years (Texas). As a transplant, I found that people said certain things differently. In Texas, your "check" or "bill" at a restaurant was called a "ticket." (Micah told me once that the word they use in Vienna for check is much closer to the English word "reckoning.") A little pond on the side of the road was called a tank. And people said, "I appreciate you," rather than "I appreciate that." They valued you as a person rather than your actions insofar as they were beneficial to them. Whatever the different words meant, if you ordered a wet burrito outside of the great state of Michigan you were likely to be met with a face filled with confusion. It seems that the idea of a wet burrito is unheard of outside of Michigan. 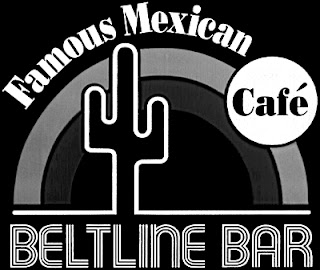 The dish that Beltline Bar, the famous Mexican cafe that boasts the great taste of Mexico in your neighborhood, made so well was invented in the United States of America. In fact, if the discussions I've heard are correct, the wet burrito was originally invented in Michigan. I'd tell you that Beltline Bar is the place to go for a wet burrito, but the restaurant has gone through different management since when I would originally go. The portions are smaller. It doesn't taste the same. My girlfriend's sister Ella told me that instead of fresh ingredients they now fix everything out of a can. But the point that I was trying to tell you is that you don't go to Mexico and order a wet burrito. You don't go to the Southwest to order a wet burrito. I've tried it in Texas. Amy has tried it in Arizona. Your two most likely responses are "What?" or "Que?"

If you decide that you do want a wet burrito and you can't seem to find it on the menu, there are a couple of fixes. At some restaurants you can order a burrito enchilada style. Since a wet burrito is defined by the fact that it is smothered with red sauce and melted shredded cheese, it has a lot in common with the common enchilada, a dish that remains pretty much the same across the continent. You can also order a burrito suizo, which essentially means a Swiss burrito, but that might not turn out the same. A burrito suizo is the name for a burrito covered in melted cheese, so you might not get the proper red sauce. Finally, if these two key words don't get you what you want, just order a big burrito and tell them you want it topped with red sauce and melted shredded cheese. One of these suggestions is bound to make a Michigan native feel at home eating in another state. My other suggestion: try the local food the way that the locals like to serve it. Certainly, there are many in Michigan who just want to feel some sort of comfort and continuity when they travel abroad, but danger and change are fantastic things. It's risky to try a burrito that is prepared differently than you are used to.

After all that discussion, I think I want to eat a wet burrito. What restaurant do you think makes the best wet burritos in Michigan now that Beltline Bar has fallen from grace? Have you ever seen a wet burrito on the menu of a restaurant outside of Michigan? Outside of the Great Lakes states / the midwest? Have you any proof that the wet burrito was invented in Michigan or anywhere else? And finally, are there any other products that are only available in certain portions of the United States and not in others?
Posted by Unknown at 12:28 PM