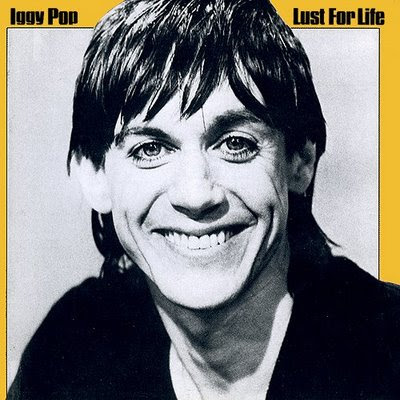 Several years ago, the song "Lust for Life," which was co-written by Iggy Pop and David Bowie for the album Lust for Life, was featured on several advertisements for the Royal Caribbean cruise line. Here is an example:

These lyrics can be heard: "Here comes Johnny Yen again... Cause of a lust for life. Cause of a lust for life... Well, I am just a modern guy. Of course I've had it in the ear before." The song is considered by many an ode to drug culture, having nothing to do with the excitement of taking a Royal Caribbean cruise. The line that is excluded after that referencing Johnny Yen talks of a life of liquor and drugs, and this line comes up again and again. It is almost as disturbing to the wealthy, family values-oriented families who can afford expensive cruises as some of the things that are not excluded. While some have explained the lyric, "I've had it in the ear before," as having to do either with having a difficult time or suffering artistically like Van Gogh, it almost certainly refers to the fact that Iggy would inject heroin into his ear. I've heard it said that it's injected into the eye too. Ick. As for Johnny Yen, he is a character from William S. Burroughs' novel The Ticket That Exploded, described as "The Boy Girl Other Half strip tease God of sexual frustration."

I know there are a lot of people out there who would love the idea of a cruise that features drugs and alcohol in mass quantities and fringe sexual exploits, but I feel certain that these are not the people that Royal Caribbean was marketing to. I don't care if you voted for Clinton and fell for the whole Tipper Gore censorship of Frank Zappa and friends, or if you voted for Bush and think that Clinton's extra-marital affair is an affront to good Christian values. You're not going to take your children on a gender-bending drug cruise without seeming a little bit like a hypocrite.

Of course, Ronald Reagan used Bruce Springsteen's "Born in the U.S.A." for his 1984 campaign without realizing the irony of using a tune that points out the horrors of war and racism in America as a patriotic anthem. Is it an example of idiocy in marketing? Probably not. It's probably more of an example of the fact that the average American has a short attention span and is highly uncritical of the information that he/she is bombarded with. The fact of the matter is that the words "born in the U.S.A." sound strangely patriotic just as the words "lust for life" seem to suggest a life of good, clean, expensive adventure. If I were Iggy, I'd be laughing. I'd be laughing, as my father would say, all the way to the bank.
Posted by Unknown at 6:16 PM