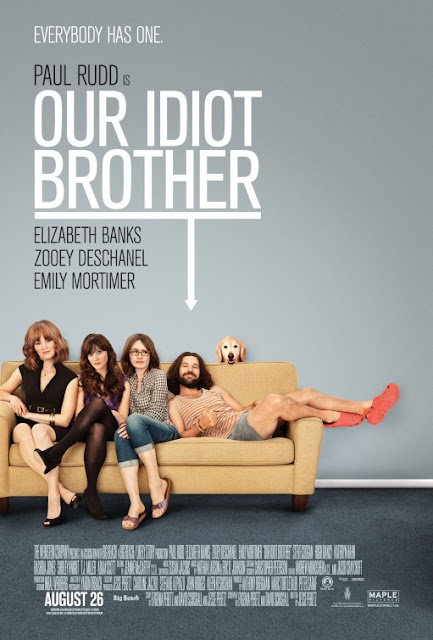 While the beginning of the film was not as strong - some awkward scenes and transitions here and there - I had basically forgotten this fact when I got to the end. What begun as a series of cliched characters ended as some of the better developed characters I've seen in recent film. The performances by Paul Rudd, Elizabeth Banks and Zooey Deschanel were fantastic. In this completely believable family there is an idiot brother who believes that people (and animals) deserve two things: love and the benefit of the doubt. And while he seems like the biggest burden on everyone around them, in truth he is saving them from the lies that they tell themselves and helping them live a better life. He's like a mixture of Jesus and Socrates and that weird friend of yours who always wears hemp. Check out this movie. It's one of the only adult movies that has really inspired me this year. (Comic book and sci fi movies for the win!)
Posted by Unknown at 8:07 AM