The third season of Fringe was easily the strongest in my estimation. Unlike True Blood, which left just about every single character with their own particular cliffhanger, Fringe leaves us with one cliffhanger that affects the lives of everyone. After Peter sees that the destruction of one of the twin universes will inevitably lead to the destruction of the other (in a very Days of Future Past kind of way), he returns to the present in order to bridge the two universes. In an attempt to make peace, Peter suggests that the best way to save both universes is for all parties involved to work together, and with that he disappears. Not only is he erased from the present, but from all of time. As far as anyone is concerned, he has never existed. 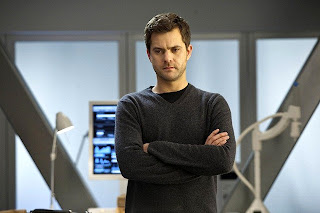 It's September the first today, and the first episode of season four airs on September the twenty-third. It is my opinion that we ought to start thinking about Fringe and the reactions of the various characters to this big change today. That season premiere (and with it, fall) is sneaking up on us ever so quickly.

Olivia has had a difficult season. She began last season imprisoned in the other universe, and while there she was experimented on so that she would believe she were their Olivia. Upon returning she found out that an alternate version of herself had entered into a relationship with Peter Bishop, the man she loves. It would make a lot of sense if Olivia wanted to kill the alternate Walter Bishop for all of the trouble that he has started and also the alternate Olivia Dunham for impersonating her while she was imprisoned. And yet she has been told to work alongside them for the fate of the universe. 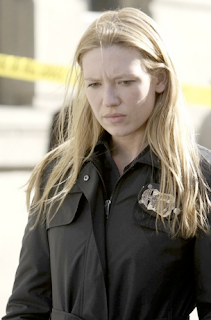 The alternate Olivia has experienced her world falling apart. She leads the Fringe division, which in that universe is devoted to closing up the rips in the fabric of the universe, occasionally imprisoning innocent people in order to keep the entire world from being destroyed. All of this is the result of Walter Bishop's decision to cross over into her universe. Alternate Olivia has also been manipulated by alternate Walter (Walternate) for some time into believing that these people are all bad. Surely, she has some desire to kill them all. But here's the kicker: alternate Olivia is pregnant with Peter Bishop's child. This is the child of the man our Olivia loves, a man who no longer exists. Even with Peter gone, can his relationship to these two Olivias still cause a rift between them? Also, with the disappearance of Peter Bishop, will his seed disappear as well? Will this change the motives of everyone involved?

This brings us to the battle of the Walters. One Walter lost his child and entered into the alternate universe to save another Walter's child and bring him back. But what can this mean now that the son, Peter, never existed in the first place? Is there any good reason for these two to be angry with one another? Or is the anger enough?

As for Peter, surely he has not been written off of the show. He has been deleted from both realities and the memories of everyone, but does that mean that he doesn't exist in any form. Did he perhaps travel back in time or forward in time? Could he exist in a third universe? Could he exist in one of these realities cloaked from those who once loved him? My bet is that the question of the father of alternate Olivia's child is going to bring about the return of Peter Bishop. But how? Might his soul have passed into the child? This is the big question. 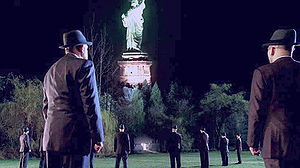 But let's not forget one of the most important questions: Who are the pattern observers and what is their significance? I have a feeling that we might find out a whole lot more about the pattern observers in this next season. We know that they are somehow capable of seeing the future. It seems like this is possible by knowing the logical consequences of any series of events and being able to see the chain of causation as it works. But how could anyone have that kind of ability? In the other universe, there were some experiments in which individuals began being able to see such things. The individuals weren't quite as powerful as the pattern observers, but it certainly seemed like a step on the right path. As a matter of fact, alternated Astrid seems a little bit proto-pattern-observer-y, does she not? We know that experiments in both universes sometimes happen at different times, the cortexiphan trials, for example, so maybe we saw the origin of our pattern observers in the experiments of the alternate universe.

There's a lot to look forward to. Fringe's fourth season begins on Friday, September 23. After that I'll begin my episode by episode run down. I hope you'll join me and share your thoughts and questions. It should be a fun time.
Posted by Unknown at 11:06 AM