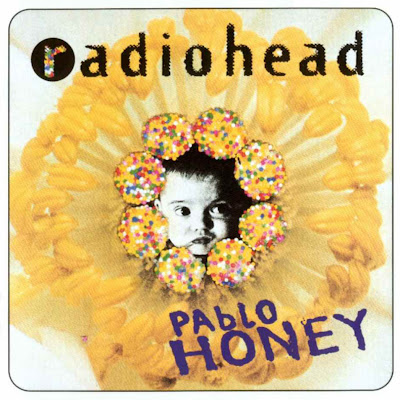 On Saturday, April 26, the legendary musician Prince took to the main stage at the Coachella Valley Music and Arts Festival in Indio, California. I am a really big Prince fan, and if my memory serves, this was a period of time in which Prince was only playing concerts in Las Vegas. It was a big news bit to hear that Prince was playing somewhere else. But for me it was still a let-down, because neither Las Vegas nor Indio, California are anywhere near any of the places I've lived in the last several years. Prince was preceded by Morris Day playing both "The Bird," and "Jungle Love," and Sheila E. playing "Glamorous Life." After playing several of his hits - "1999," and "Little Red Corvette," for example - and a few lesser known personal favorites of mine - "Musicology," "Cream," "Anotherloverholeinyourhead" - Prince took stage to perform a whopping eight-minute-long rendition of the infamous song "Creep" by Radiohead.

Shortly afterwards, videos of Prince's cover began popping up all over the internet. I remember going on-line the next day and finding a crappy iPhone video with terrible sound and shaky video, and I remember loving it. Could I make out the words to the song? No. Could I make out any of Prince's signature gestures? No. Did I enjoy Prince's whiny scream during the chorus? Of course. Over the next couple of days, I linked as many friends as I could to Prince's cover of "Creep" - I am part of a strong circle of Prince-loving-friends - while meticulously searching out better videos with crisp sound quality and video. But after a couple of days, this became simply impossible. Prince had taken down all videos portraying him performing "Creep" at Coachella, and I was no longer able to enjoy this convergence of two of my favorite musical influences.

As a Prince fan, I had grown used to the disappearance of most of my favorite videos on the internet. Prince and NPG records are well known on the web for ridding the internet of unauthorized pictures, videos and audio of Prince. I want to say that this was surprising for long-time fans of Prince, but I immediately decided to go back on that statement: For long-time fans of Prince, nothing is surprising anymore. But there was a time - people called that time the '90s - when Prince was using the internet in creative and innovative ways for the sake of distributing music. His 1997 album "Crystal Ball" was released on the internet and by 2006 Prince's use of internet marketing of his material won him a lifetime achievement award with the Webbies. But today the only thing that comes to mind when the words "Prince" and "internet" are uttered in the same sentence is Prince's Draconian attempt at controlling his works and his image throughout the span of the world's largest network. In 2007, Prince used the Digital Millennium Copyright Act in order to take down a YouTube video of of an eighteen-month-old baby dancing to "Let's Go Crazy," leading to a lawsuit by the Electronic Frontier Foundation that was settled in Prince's favor the following year. By the time the lawsuit was settled, Prince had already engaged in several of his own, against Google, eBay, and several torrent web sites regarding unlicensed use of clips of his music, and eventually against his own fans for putting up sites with un-licensed images of Prince.

To some extent, I understand where Prince is coming from. One of the few things that always makes me angry when brought up is when people make fun of Prince for changing his name to "The Artist Formerly Known as Prince," "The Artist," and eventually to an unpronounceable symbol. People never question what drove him to this act. Well, the truth is that the record industry found some way to legally own the rights to the name that "The Artist" was born with. Prince Rogers Nelson was not allowed to use his own first name without having to pay royalties to record executives. Prince certainly went over the top - I don't think anyone would argue against that fact - but he was also right: there is a record industry that thrives on making slaves of talented individuals. This may be the moment in time that people can describe as the beginning of Prince's slippery slope of image protection, but it was also a moment when he was victimized and decided to take a stand.

There was a moment when Prince's weirdness, which has become a normal kind of weirdness by now, a socially accepted weirdness that is part of pop culture's canon, took a strange turn. Radiohead's Thom Yorke received a text message a couple of days after Prince performed "Creep" at Coachella. He said, when interviewed, that he thought it was hilarious that Prince would cover one of their songs live. Also hilarious to Thom Yorke was the fact that guitarist Ed O'Brien couldn't access the YouTube videos of Prince performing their song. Yorke and Radiohead went public saying that they should be the only ones with the right to block their song on the internet and since Prince had, as some of us might say, overstepped his bounds, Thom Yorke added, "Well, tell him to unblock it."

Like Prince, Radiohead has experienced their fair share of legal trouble. In fact, their best known public legal battle actually surrounded the very song that Prince was trying to have wiped from the internet, "Creep." While I have had a lot of trouble finding actual data regarding the lawsuit, it was decided in court that Radiohead's "Creep" borrowed extensively from the song "The Air That I Breathe" by The Hollies, so much so that Albert Hammond and Mike Hazlewood of The Hollies are now credited as co-writers of "Creep." Radiohead took a hiatus from performing "Creep" that lasted nearly a decade, and rumor was that they no longer played the song because they owed Hammond and Hazlewood royalties every time it was performed.

The question that is raised by Prince removing his cover of "Creep" from YouTube is whether or not the performer has any right to bootlegged copies of his/her performance when the performance is a rendition of music copyrighted by another individual. When I heard of this clash of musical titans, I was immediately on Radiohead's side. For one thing, Radiohead has had so much trouble with people trying to claim this song that they deserved a little bit of a break; they deserved for someone to decide that "Creep" was, in fact, their song. For another thing, I wanted to be able to watch Prince perform "Creep" on YouTube just like Thom Yorke wanted to watch Prince perform "Creep" on YouTube. That lovable nut would just have to give some ground to someone else for once, I thought. But according to the Bootlegging Provision of the Copyright Act, Prince was in the right to have this video removed on his behalf. Basically, this provision suggests that bootlegging of live performances is against the law. While it does not grant copyright of the song to Prince, it does grant Prince the right to have his performances removed since he was, in fact, the person performing them.

I read a blog article where the author took the position that Prince's rendition of "Creep" was actually an entirely new song. Whereas Radiohead's original song had to do with alienation and fear from love revoked, Prince's "not-cover" spoke of sexual revolution and belong through being a freak, essentially binding people together through love, sex, and orgasm. Were this the case, however, I think The Hollies would tell you that Radiohead might have an easy-to-win lawsuit on their hands. The lyrics may be the same, but the chord progression, the general sound, and the song structure are the same. "Creep" does not belong to Prince, regardless of whether or not the rights to his cover performance do.

In 2010, Prince declared that the internet is over. He spoke of the inherent evils surrounding computers and advanced machinery, that the data just fills your head with numbers and disrupts your consciousness. I agree that attention, understanding and even ones concept of self are besieged by technology, and that there are terrible consequences that follow all of the greatest innovations, but I cannot agree that the internet is done with. There was a time when Prince was able to make more money than most in the business by giving away his music on the internet. When Radiohead released In Rainbows on the internet, customers were given the choice of paying any price they wanted to for the album. Basically, anyone who wanted to could get the album for free. Continuing with the notion that Prince innovated and then abandoned, Radiohead has realized that you can give away music for free and still make more money than anyone else in the industry. A lot of the reason for this is because the album teases forthcoming tours, and few people in the history of music have been so successful at touring as Radiohead. Is Prince using lawyers to make him money because he fears that he will soon be unable to raise money by touring, or, as I mentioned above, has he simply gone off the deep end regarding the consequences of his legal battle over his name? I don't suppose I can divine the answer to that question.

Do I want to watch Prince perform "Creep" on YouTube? I think you can answer that one for me. Something's gotta give.
Posted by Unknown at 10:01 AM