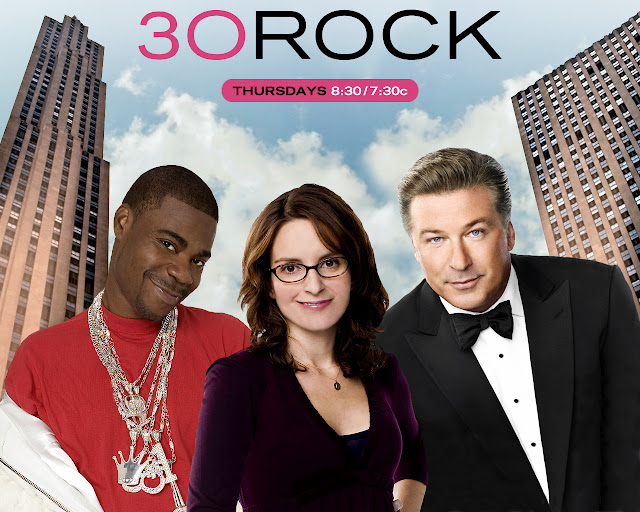 No network has ever made fun of itself nearly as much as NBC does with 30 Rock. A direct rip-off of the live comedy program Saturday Night Live, 30 Rock is capable of making fun of NBC, Lorne Michaels, and prime time programming, while also making time for pokes at producers, directors, actors and writers. Nobody is safe from 30 Rock, most especially not the people who are involved in making 30 Rock. And how could you lose with a cast of Tracey Morgan, probably my favorite SNL comedian, Tina Fey, one of the best writers for SNL, and Alec Baldwin, one of the most prolific and recognizable hosts of SNL. The only way that they could make 30 Rock better is to add the up-and-coming most prolific host, singer/actor/comedian/multi-threat Justin Timberlake to the cast. I just saw him in the movie Bad Teacher and I have no doubt that he's ready to join Tracey, Tina and Alec. ("Hi. I got you something." "What? You didn't have to do that." "It's nothing. It's, well, my favorite book." "Eat, Pray, Love?" "Yeah." "This, this is my favorite book too." "What's your favorite part?" "Love.") If you want some fun, superficial comedy that makes fun of everything else you see on TV, then watch 30 Rock. You're bound to have some office quotes for the next day that aren't simply dumb quotes from The Office. (Seriously? Planking?)
Posted by Unknown at 12:03 PM