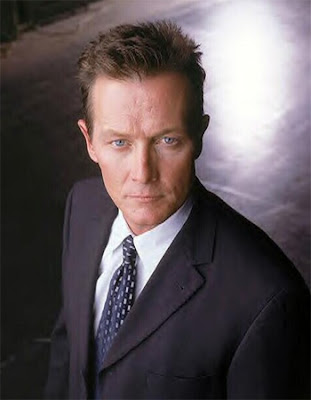 Before you view my words as the gospel truth, I want to warn you that I have not watched every episode of X-Files, but from a perspective near the end of the eighth season I have come to feel terrible about the bad name Special Agent John Doggett has been given over the years. I have this terrible image of Robert Patrick looking back on his years as John Doggett with remorse and regret because of how hard he worked only to be shunned by the public. I imagine T-1000 shedding a mercury tear.

Obviously, if John Doggett committed some horrendous crime against humanity or betrayal of Mulder and Scully and Skinner in the final season of X-Files I'm unable to comment. From the perspective of most of season eight, the characterization of John Doggett is beyond this reproach. When he first appears on the scene it seems certain that Special Agent John Doggett is a career oriented jerk who could be the Director of the FBI some day, and yet it is obvious early on that Doggett, like renegade agents Mulder and Scully, does have truth and human good as his goal.

Special Agent John Doggett has experienced great success at the FBI after a fruitful career as a police officer. Whereas Mulder and Scully have been marginalized and mocked in the Bureau, neither of them capable of having a normal outside of their work, John Doggett had a wife and a child. He's one of the guys when he's at work, able to engage in manly water cooler talk. He laughs and mingles and it seems like he has the life that Mulder and Scully can never have. But this is just a superficial view of a deeper sense of brotherhood and camaraderie which, combined with his devotion to always doing good police work, makes him perfect for the X-Files. It is clear that the duty to ones partner, whoever that may be and whatever she may believe, is central to John Doggett's characterization. In this case, his partner is Dana Scully, and his duty to partner resembles a kind of love. Doggett hunts for Mulder with great vigor because it matters to Scully. He pushes himself to be a good cop while on the case, but he also pushes himself to do the difficult job of entertaining the impossible, and this comes from respect for Scully. He is seriously disturbed by Scully's absence and evidence of hospitalization, and this is because he truly cares for his partner.

John Doggett has an admirable sense of duty, but this does not describe the magnitude of drive that goes into Doggett's search for Mulder. After only a couple of episodes it is revealed that what we've seen of John Doggett's successful existence is only the vestiges of a golden era, a veil concealing the great tragedy of a murdered son presumably resulting in a broken marriage. In the episode "Invocation," when his loss is first addressed, we see John Doggett as the man who will push himself beyond the point of hope in the event that a child is missing, as if he's a mechanism of the universe whose purpose is to reunite people with their estranged loved ones. X-Files changes focus in season eight from a search for the truth to a search for the missing agent Fox Mulder, and who better to conduct this search than the X-Files's own patron saint of the missing, Special Agent John Doggett?

In the face of such a shining character, how can people justify this negative attitude toward John Doggett? The answer is simple. John Doggett is cool, but he's no Fox Mulder. I completely agree. John Doggett is not Fox Mulder. He's a completely different character, incomparable to Fox Mulder, never intended to be or become Fox Mulder. John Doggett is his own man. If John Doggett were judged by his commitment to the X-Files, to Mulder and Scully, to the truth and to the United States of America, to being a really cool dude that we enjoy on screen, he would be one of the most glorified names in modern sci fi. Unfortunately, he's judged only by the fact that he replaced Fox Mulder as Dana Scully's partner. John Doggett is denied a personal identity. For all intents and purposes we might be better off calling him not-Mulder, because that's what we've reduced him to. 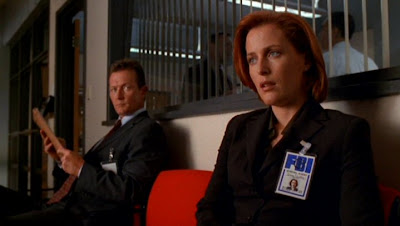 The last two seasons of X-Files are widely considered a disappointment compared to the previous seven. The last two seasons of X-Files are also the era of Special Agent John Doggett. Was John Doggett the cause of the fall of the X-Files? No. The need for Robert Patrick's addition to the X-Files cast and the relative weakness of later seasons are not cause and effect. They are both unfortunate effects of a confluence of events involving but not limited to David Duchovny's contract and possible hubris in the expectations of the creators. When The X-Files: Fight the Future concluded the first half of the X-Files storyline and kicked off the second half, Chris Carter was in a fantastic position to negotiate a fixed amount of seasons in which to conclude his story, to negotiate the contracts of all key characters to guarantee that things would proceed as planned, and to finish his story properly. I can easily imagine Chris Carter completing two very concise and important seasons following the events of the movie and that being the end of the X-Files.

But that is not the ending we got. We lost David Duchovny/Fox Mulder before the story could be properly concluded. As a band-aid, Robert Patrick/John Doggett was introduced to lead us to the end. He was the best band-aid we could have gotten. I propose that we stop making Special Agent John Doggett our scapegoat for the possible shortcomings of FOX, Christ Carter and David Duchovny. All I am saying is give John Doggett a chance.
Posted by Unknown at 12:01 AM