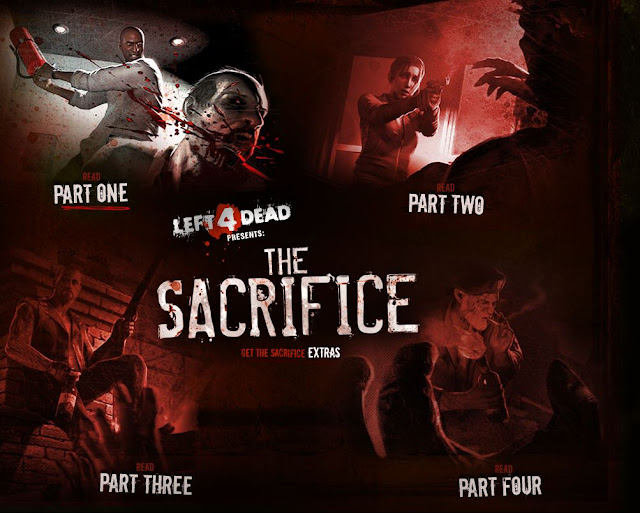 I was already a fan of the cinematic quality of Left 4 Dead and Left 4 Dead 2 on PC, but as they began to release more and more extra content I became more and more interested. The Sacrifice, a four-part web-based Left 4 Dead comic book mini-series, was a wonderful cap to the experience. It fleshes out the characters from the original Left 4 Dead while also including some of their better known one-liners and techniques. It employs classic zombie film themes regarding the military and how humans are their own worst enemy. The story was interesting and strangely heartfelt and I felt that it was probably the best comic book I've ever read that was intended as promotional material for a video game.

Left 4 Dead: The Sacrifice is available via the L4D web site here. The comics can also be downloaded in PDF form: Part One, Part Two, Part Three, Part Four.
Posted by Unknown at 11:51 AM