The LGBTQ community finds one of its most common enemies in the church, and one of the reasons for this is that many people believe that the Bible supports their anti-homosexual perspective. For some time now, a series of Bible verses (Genesis 1:27-28; 2:18, 21-25; 19:1-25; Leviticus 18:22; 20:13; Romans 1:26-27; 1 Corinthians 6:9; 1 Timothy 1:10), commonly known as clobber texts, have been appropriated for the battle against the LGBTQ community. For decades, however, people have been questioning whether these verses ought to be used in this way. The following is a short exercise in placing these verses in context and determining what the Bible says regarding the lawfulness or unlawfulness of loving and consensual relationships between adults of the same sex. 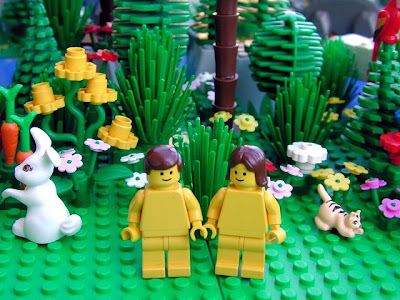 Perhaps I'm not the smartest banana in the bunch, but I have a lot of difficulty seeing how the Creation account has anything to do with the LGBTQ discussion. None of these passages say anything about homosexuality, positive or negative, and yet these verses continue to be used as clobber texts because of the command in Genesis 1:28 to "be fruitful and multiply."
There are two good reasons that this commandment to be fruitful does not make sense as an anti-LGBTQ passage. First of all, if all relationships are defined by their necessity of resulting in the production of children, then we really need to protest those heterosexual couples who are unable to have children due to sterilization and impotence, those heterosexual couples who remain together after the female has gone through menopause and can no longer bear children, those heterosexual couples who choose not to have children because of career motives or the guarantee that the child would be born with a debilitating disease or the feeling of irresponsibility of bringing a child into a world where hate dominates faith and common sense in religious discourse, and also those heterosexuals who remain single unto death. Second of all, if bearing children becomes a sacred law of being in a relationship, we have to deal with the difficult question of whether simply bearing one child is enough to satisfy your legal duty or whether one ought always to be pumping out children one after another in intervals of nine months or less until death.
If you are reading this you are committing an act of treason before God because you are reading a blog and not procreating, and this is only one of the ridiculously negative consequences of turning the creation story into a rant against homosexuality.
Genesis 19:1-25 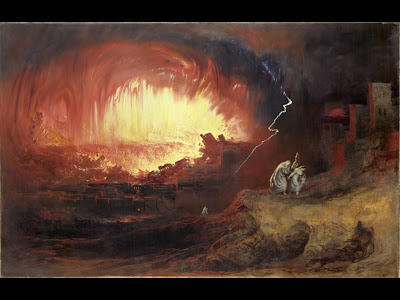 I've heard more people talk about the destruction of Sodom and Gomorrah as God's definitive expression of hatred for homosexuals than any other Biblical story. The text never explicitly names the sin of Sodom as homosexuality. We are told that Sodom is a wicked place, we are given an example of wickedness, and then the Lord completely annihilates Sodom. There are Bible verses that speak of the sins of Sodom. According to Ezekiel 16, Sodom's sin is greed and indifference. In Matthew 10:12-15 and Luke 10:10-12, Sodom's sin is simply inhospitality. Jude 7 and 2 Peter 2:10 refer to Sodom's sin as sexual immorality, not of men laying with men, but of mortals violating immortals.
The New Testament accusations of inhospitality and sexual immorality are perhaps not worded strongly enough. While they are sufficient to suggest that the destruction of Sodom was not in reference to consensual loving relations between adults of the same sex, it is insufficient to describe the horrors of this story. The men of Sodom were attempting to violently gang rape a pair of guests, possibly the most terrifying breach of any concept of hospitality that one can imagine. When the story of Sodom and Gomorrah is twisted into an anti-homosexuality polemic, it distracts believers from the real problem of sexual violence. 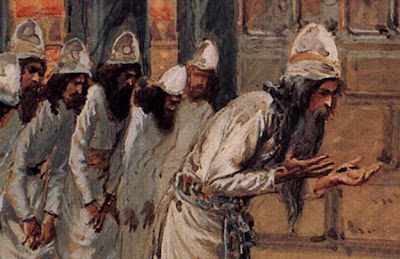 The prohibition of men laying with men in the Holiness Code (Leviticus 17-26) is the only place where homosexuality is directly condemned. The reason the sexual act is taboo is because one of the males must betray his masculinity and act as if he were a female. As a result of this enactment of femininity, both of the members involved are liable for the condemned act.
The Holiness Code is concerned with what is customary. Rather than dealing with ethical concepts of good and evil, right and wrong, harmful and beneficial, it deals with social etiquette. (The modern equivalent of rules of etiquette, only now-a-days we don't slaughter animals when we put our elbows on the table.) Among other things, it asks men to act like men and women to act like women. Paul writes, "There is no longer Jew or Greek, there is no longer slave or free, there is no longer male and female; for all of you are one in Christ Jesus" (Galatians 3:28). If we're to take Paul seriously then a code of masculinity and femininity has no place in our understanding of morality.
If this is not convincing enough, consider all of the other rules modern Christians must follow if we are to condemn homosexuality. Wearing two different types of fabric together is an abomination. Eating pork, shrimp or rabbit is an abomination. Planting two different kinds of seed in the same general area is an abomination. Anyone working on the Sabbath is a criminal. Anyone with round haircuts or tattoos is a criminal. Anyone reading a fortune cookie or horoscope is a criminal. And let's hope you don't like football, because playing with the skin of a pig is prohibited as well. 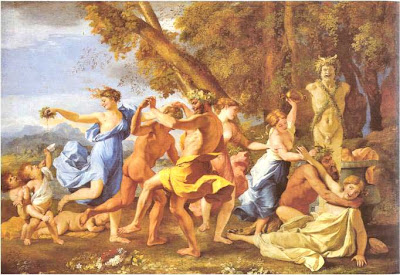 Romans 1:26-27 is significant for two reasons: it is the only place where there is so much as a complete sentence regarding same-sex relations, and it is the only place in the Bible where female same-sex relations are referenced. While this is one of the only passages in the Bible that has anything whatsoever to do with homosexuality, it is first and foremost a polemic against idolatry.
In Paul's journeys he was able to see a great many things, Greek things, that his predominantly Hebrew audiences would have never witnessed. What he saw in Greek pagan religion was sexual practices he'd never before encountered, drunken orgies, castration, prostitution, any number of acts that Paul considered strange, and these acts as means of worshiping and honoring Aphrodite or Dionysus.
What is the message Paul intends to get across in this passage? Don't worship idols. If you do, the living God will abandon you and leave you to your empty rituals. To say that these people were abandoned by God because of homosexual acts or to say that these people were punished by being turned into homosexuals is simply a bad interpretation. This passage implies that you cannot have both the fullness of God through Jesus Christ and at the same time worship inanimate objects and statues. The choice is not one of gay versus straight; it's a choice of worship of God versus worship of false idols.
1 Corinthians 6:9; 1 Timothy 1:10 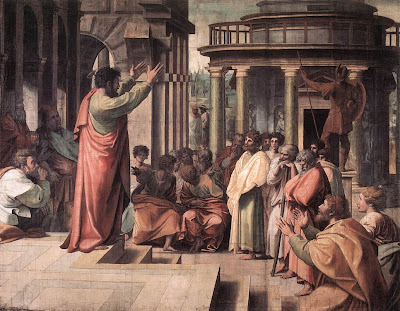 These two passages are part of a series of laundry lists attributed to Paul in which certain sins deter someone from entering the Kingdom. The two words that are commonly understood to be anti-homosexual are translated in the NRSV as male prostitutes and sodomite, but in other translations like the NIV these two terms are combined and translated as "men who have sex with men."
The translation of these two Greek words, malokois and arsenokoitai, makes all the difference in determining whether Paul was addressing people involved in homosexual relationships. Both of these words have a stronger connection with prostitution than they do with loving homosexual relationships. I doubt that we even have a word in English that describes the intended meaning of either of these words. The best understanding of the meaning of malokois is adolescent boys who prostitute themselves to older men. In this context, arsenokoitai, a very difficult word to translate, most likely refers to these old men who pay young children for sex. In English, we would call men like this lechers or pedophiles.
This is yet another example of our ignorance to serious crimes like prostitution and pedophilia as a result of misinterpreting the Bible according to our hateful biases.
Posted by Unknown at 4:57 PM