Tears for Fears - Waiting in Line

Get in line with the things you know. 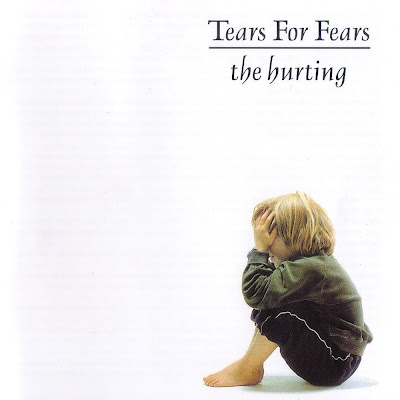 I'm already getting sore from standing in line. Amy is bouncy and bubbly, her energy boiling over as she remains stationary.

There's a couple in front of us with expensive beers. He's bristled from head to toe with thick dark hair and leaning back with the confidence of a tried and true intellectual. Her eyes are big and searching, but right now they are focused on the man, who is rambling about Tears for Fears, and she is beaming. The couple is a good decade or two older than me and Amy.

"He's just trying to impress her," I whisper to Amy, trying to impress her. "Probably making it up as he goes. And he can get away with it too. It's clear that she doesn't know any better."
Amy gets closer to the couple without detection, an advantage that short, cute girls like her have over us large, imposing men. 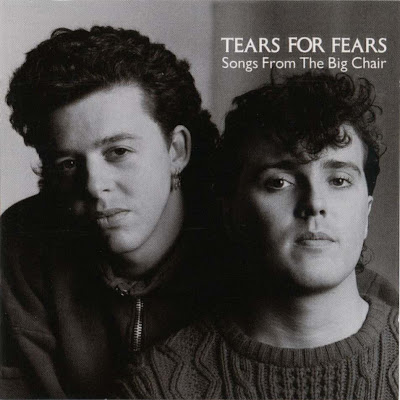 "He said that Elemental and Raoul and the Kings of Spain should have been attributed to 'Tear for Fear' because they were essentially Roland's solo albums."

I had just been texting a couple of friends regarding my problems with the album Elemental compared to earlier Tears for Fears albums.

"This guy really knows his stuff."

The man recounts to his lady-friend (girlfriend? fiancee? wife?) an abridged history of Tears for Fears. I heard none of it, but I imagine it went something like this: 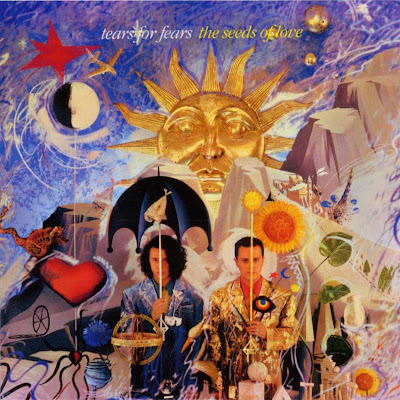 "Curt and Roland were teenagers when they met over thirty years ago in Bath, England. They got by as session musicians for British bands Neon and Graduate before forming Tears for Fears (originally History of Headaches) in 1981. The band was influenced by musical geniuses like David Byrne, Peter Gabriel and Brian Eno, as well as psychological geniuses like Arthur Janov, whose Primal Therapy is the inspiration for the name Tears for Fears.

"The debut Tears for Fears album, The Hurting, released in 1983, is a concept album intended to address the emotional distress of Orzabel's childhood with Janov's techniques of Primal Therapy. It is dark and universal, an exposition of the difficulty of youth, strange and accessible. The Hurting begins the trend of strong synthesizer-based songs, beautiful, but also unfortunate in that attention is shifted away from Orzabel's edgy and biting guitar work, some of the best the decade has to offer. While The Hurting reaches #1 in the U.K., it is relatively unsuccessful outside of the British Isles. 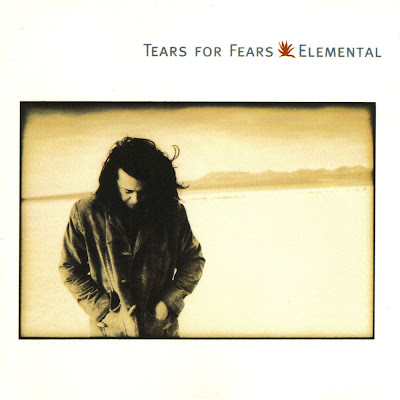 "Their sophomore album, Songs from the Big Chair, released in 1985, is likely the most significant album of the '80s, both creating and capturing the sound of a decade haunted by the ghost of George Orwell's prophetic political novel Nineteen Eighty-Four as substantiated by Reagan and Thatcher and of a people embarking upon an inward journey into an emotional heart of darkness. The album sky-rocketed to #1 on the U.S. charts, bringing with it the singles 'Shout' and 'Everybody Wants to Rule the World.' (The first single from the album, 'Mother's Talk' was obviously too far ahead of its time to gain popular acclaim. This is the only reason I can think of that it too wasn't also a #1 hit in America.) Like The Hurting, Songs from the Big Chair is grounded in popular psychology, specifically the Flora Rheta Schreiber novel titled Sybil and the subsequent television miniseries of the same name. Sybil Dorsett (pseudonym for Shirley Ardell Mason), the main character, is a woman with multiple personality disorder who finds comfort and refuge in the 'big chair' of her therapist. Presumably, it is this therapist's 'big chair' that serves as the stage from which Curt and Roland perform the various songs of the album, transforming "Shout" into a kind of 'shout for help.'

"Seldom does a band attain such heights of perfection regarding their first three musical attempts as Tears for Fears did upon release of the 1989 album The Seeds of Love. The album, like Songs from the Big Chair, topped the U.S. charts, but unlike its predecessor, The Seeds of Love was incapable of producing any number one singles. While the singles were obviously not as successful, it can be argued that they are of a higher quality, from the Lennon-esque tribute to love in the face of political confusion of 'Sowing the Seeds of Love' to the slow feminist funk of 'Woman in Chains,' featuring the sexy vocals of Oleta Adams and drum work of none other than Phil Collins, to the Latin styling of 'Advice for the Young at Heart' and quiet anthem of 'Famous Last Words.' It's likely that nobody loves this album more than Oleta Adams, a singer / pianist that Orzabel and Smith discovered in a Kansas City hotel bar who was able to turn her time with Tears for Fears into a successful solo career. 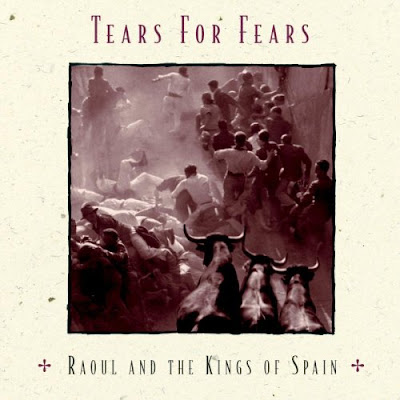 "The next two albums, Elemental and Raoul and the Kings of Spain should have been attributed to 'Tear for Fear' because they were essentially Roland's solo albums. Neither of them gained commercial success, but the latter, Raoul and the Kings of Spain, allowed Orzabel another chance to delve into the depths of his own past. This time he was not as interested with the difficulty of childhood as with his Spanish heritage. Raoul is the name of Orzabel's firstborn son, but it is also the name his own parents originally intended to call him before settling on the name Roland. Not only is the album something of a family reunion, but it also features a reunion with singer Oleta Adams on the song 'Me and My Big Ideas.'

"Everybody Loves a Happy Ending, released in 2004, is presumably the last album by Tears for Fears. This is witnessed both by the name of the album and the fact that the band has been active ever since 2004 in not putting out albums. In a world haunted by bands like KISS and Black Sabbath, who alternate between farewell tours and reunion tours because both present a sense of urgency that allows them to sell tickets for a higher price, I am happy that there is a band like Tears for Fears. A younger listener might shout for more albums because they just want more Tears for Fears. An older listener might complain that they've already released too many. I admire that Tears for Fears placed a period at the end of their discography and ended the way they wanted to. They have neither burned out nor faded away. They have recorded their story, and now they continue to recount that story live." 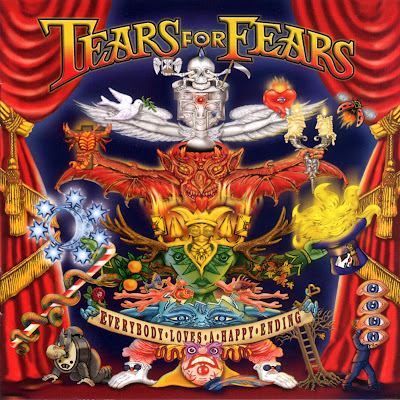 "I'm pretty excited to hear that story tonight," says the woman. "Oh! Hey! The line is moving!"
Posted by Unknown at 7:03 PM