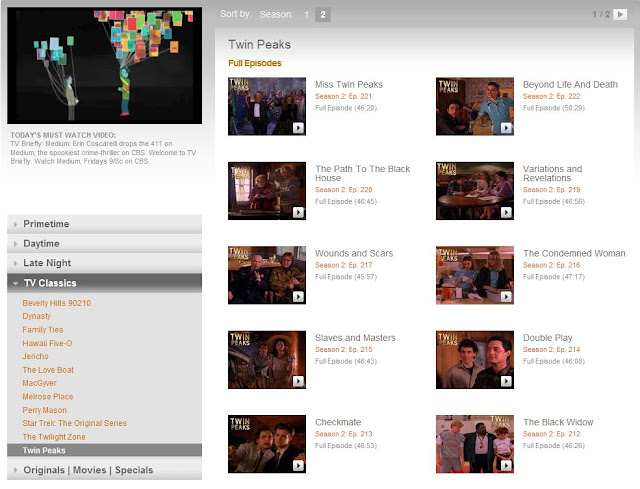 CBS's video player is nothing particularly amazing. It's not particularly bad either. It's just a method of getting free streaming video. What is particularly amazing is their inclusion of TV Classics such as MacGyver, Star Trek: The Original Series and Twin Peaks (possibly the best show ever made).

The only real downfall is that there is occasionally a missing episode. For example, Twin Peaks is missing the feature length pilot, the 18th episode of the last season, and the movie follow-up Fire Walk With Me (1992).
Posted by Unknown at 6:22 AM