While I have serious problems with the physics of traveling back in time and changing elements of the past for a variety of reasons, I've recently decided to engage myself in serious thought experiments regarding what I would change if given the power to do so. The result of this line of thinking is a blog column devoted to retroactively changing the continuity of my character's back story. I am calling it the Retcon Files.

I'd like to think that I'm the kind of person who stands up and courageously spits in the face of everything I believe to be wrong in the world, proclaiming the word of what is right. But it's hard to sustain such a belief in the face of some events that have happened in my past. In retrospect, I would like to substitute courage where there once was cowardice. This is all vague and abstract. Let me get to the concrete. 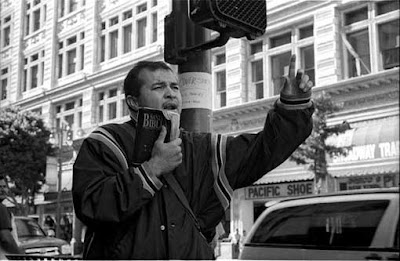 Some years ago I went to church with a girl I was dating. She brought me to an enormous Wesleyan mega-church in an amphitheater, the kind of place where there are no longer individuals, just people huddling together in anonymity and waiting for someone to enforce what they already believe. It was a couple of years after September 11, a time when even some of the most fundamentalist churches were making sure their congregations knew there is a vast difference between the Islamic extremists who perpetrated the destruction of the twin towers and the other peace-loving believers of the Islamic faith. I remember sitting in on a Youth Group meeting at a friend's church, another mega-church in Grand Rapids, Michigan, and hearing them explain that the terrorists in question represent Islam as much as the KKK or the Third Reich represent Christianity.

The preacher at this Wesleyan church proclaimed that the God of the Koran is not the same as the God of the Bible even though the Muslim tradition is supposed to be an addition to the story that began with the Jews and moved through the Christians to them. Believe what you want about this issue: even though I don't support such a belief, I actually have little problem with those who do. The problem was the preacher's argument. Why is it impossible for Christians to believe that the God of Muhammad is the same as the God of Israel? "Because I can't believe in a God who commands His people to kill others." 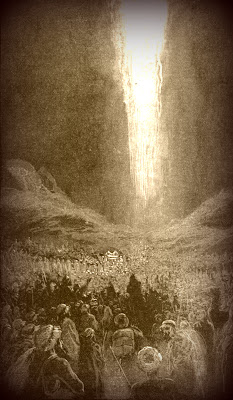 I'd hope that the problem with this argument is evident. In the Old Testament of the very Bible that everyone at that church used are stories where God requires the chosen people to rid the Promised land of the unbelievers through military force. The God of Abraham would be known because this tiny force of Jews destroyed much larger forces. The impossibility of such a feat would make it so people would glorify not the Jews, but the God of the Jews. Meanwhile, the Koran only justifies force in the instance that all of Islam is threatened by a pervasive force that wishes to wipe the teachings off of the planet.

If I were to go back in time, I wouldn't worry about what my girlfriend at the time thought of me, or what her parents thought, or even what the rest of the congregation thought. I muttered angrily under my breath back then, but I now know that there was only one proper response to such ignorance. I ought to have stood up and shouted a resounding "BULLSHIT!" trusting that the amphitheater would assist my voice in being heard. I don't care if they would be required to drag me out of that church against my will and work toward getting me excommunicated from the Christian faith. That minister's words did nothing but to incense one polarized group of individuals against another polarized group of individuals. It explained a tragic act of terrorism as an inevitable result of a backwards system of ideals, when in fact it was the result of individual human beings manipulating texts toward their own ends. If nobody was killed, injured, persecuted or harmed in any way as a result of this preacher's words, then we have witnessed a miracle indeed. If somebody was harmed in some way, even on the smallest level, then the imperative for me to travel back in time and be the one voice to stand against this tyrant is even greater.