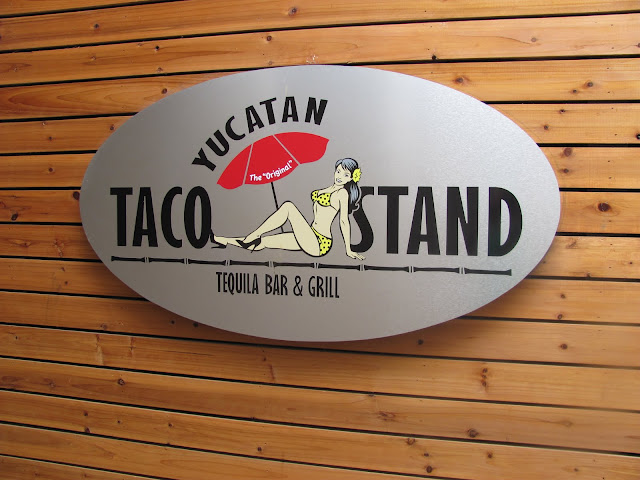 When it comes to Mexican, Tex-Mex, and Barbecue I've found a certain level of Hubris in Fort Worth. There is this resounding belief that if it comes from Fort Worth, Texas (read as The Wild Wild West) it's got to be better than anywhere else in the world. It's the old Pace Picante Sauce commercial sort of dichotomy: The South/West is good, The North/East is bad ("New York City?!?!?!"). An unfortunate result of this fact is that it sometimes seems like restaurants just aren't trying. I've found better burgers in Fort Worth than anything else.

I honestly don't think that Yucatan Taco Stand boasts of these same things. The reason I say this is because it's fairly clear to me that they are focused on making good, solid food that fills you up and tastes better than elsewhere. I think the Taco Stand comes into the game with the same standards as a Mexican restaurant in Michigan might. They feel like they have to prove that they can make great Mexican food, and as a result, they do. It's easily the best Mexican I've had in Fort Worth to date. 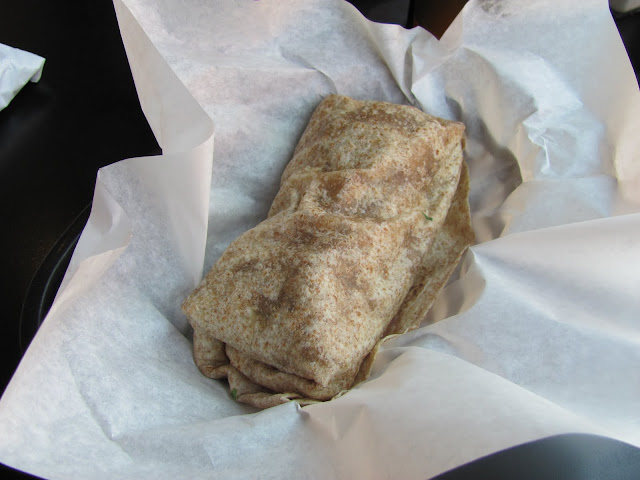 Personally, I'm a sucker for the Burrito filled with Spicy, Aged Chorizo. It honestly doesn't look like anything you couldn't get at Chipotle or Q'Doba, but it tastes wonderful. You have the option of getting it [ ] white or [x] wheat, and also between [ ] Red (Mild), [ ] Green (Medium), and [x] Habanero (Stupid) spices. I recommend getting a beverage also, because this is a restaurant where spicy actually means spicy. All burritos are filled with Chihuahua cheese, queso fresco, tomato, red onion, cilantro and roasted garlic aioli sauce.

One of these days I'm going to try the nachos, but I have to admit that it seems like something of a daunting task. I've seen the nachos placed in front of other customers and it's one of the largest nacho plates I've ever seen in my life. When I do order the nachos, I need to be fully ready to devote a weekend to it.