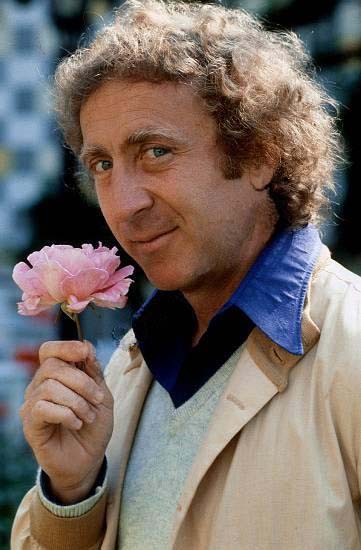 Actor Gene Wilder. If you don't know who Gene Wilder is, you have a problem. This isn't a personal opinion. It's an assertion of fact. Willy Wonka & The Chocolate Factory... Blazing Saddles... Young Frankenstein... Wilder is one of the most accomplished and amazing comedic actors Hollywood has ever seen. The interesting side of Wilder, however, is just how disturbed he can seem. In Willy Wonka he is terrifying at times, definitely not the sort of person you want leading your children through a strange land. In Blazing Saddles, it's nearly impossible to ignore a kind of sadness in his character, like he's given up. I am in awe of the work of Gene Wilder, and you should be too!
Posted by Unknown at 12:35 PM